After London, Hong Kong, Shanghai and Seoul, the fifth chapter of the travelling Mademoiselle Prive exhibition is now in Tokyo’s Shinagawa-Ku until Dec 1. Ng Yi Lian checks it out 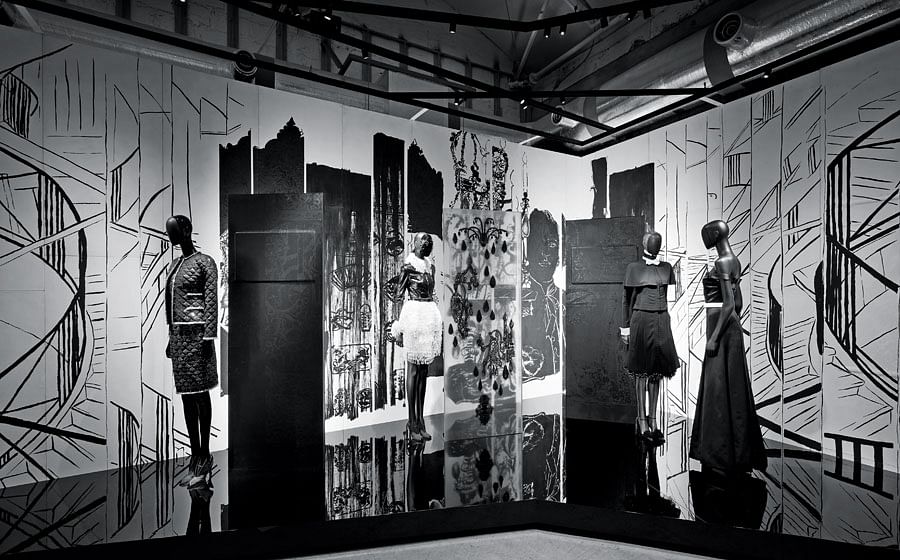 I had the privilege of experiencing Coco Chanel’s Mademoiselle Prive creative studio (also known as her apartment, though she’d never slept there) on the third ﬂoor at 31 Rue Cambon in Paris years ago.

As at Rue Cambon, it all starts with the iconic staircase. Except in Tokyo, Chanel’s creative team has recreated the stairwell such that it looks curved when you stand at a certain angle.

“With No. 5, Chanel has, over all these decades, created a cultural product. The scent, the bottle and the packaging – everything about No. 5 is modern, even though it was first created in 1921.” -Thomas du Pre de Saint Maur, general marketing director at Chanel Parfums and Beaute.

As you ascend to the second level, a door with the words “Mademoiselle Prive”, intricately embroidered by House of Lesage (a Chanel subsidiary), greets you.

Your journey takes you through ﬁve rooms, each featuring one of the ﬁve colours that represent the house of Chanel: beige, white, black, red and gold.

Haute couture pieces designed by Karl Lagerfeld and Virginie Viard are on display throughout each space, as well as re-editions of Coco’s one and only high jewellery collection in 1932 “Bijoux de Diamants”, and objects that tell the story of Chanel No. 5.

Enter the world of Chanel which is in Tokyo now: 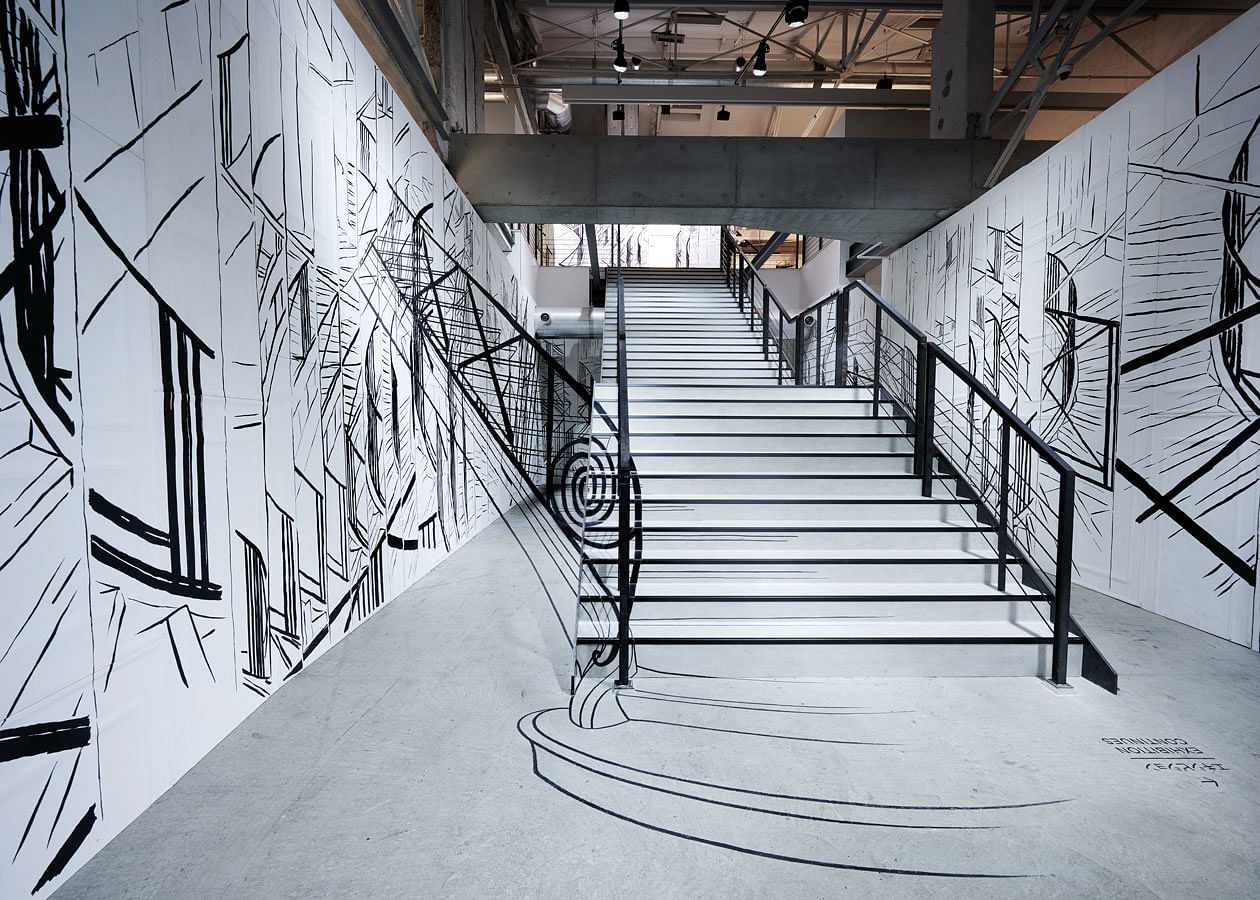 The reimagination of the famed mirrored staircase at Coco Chanel’s Paris studio. 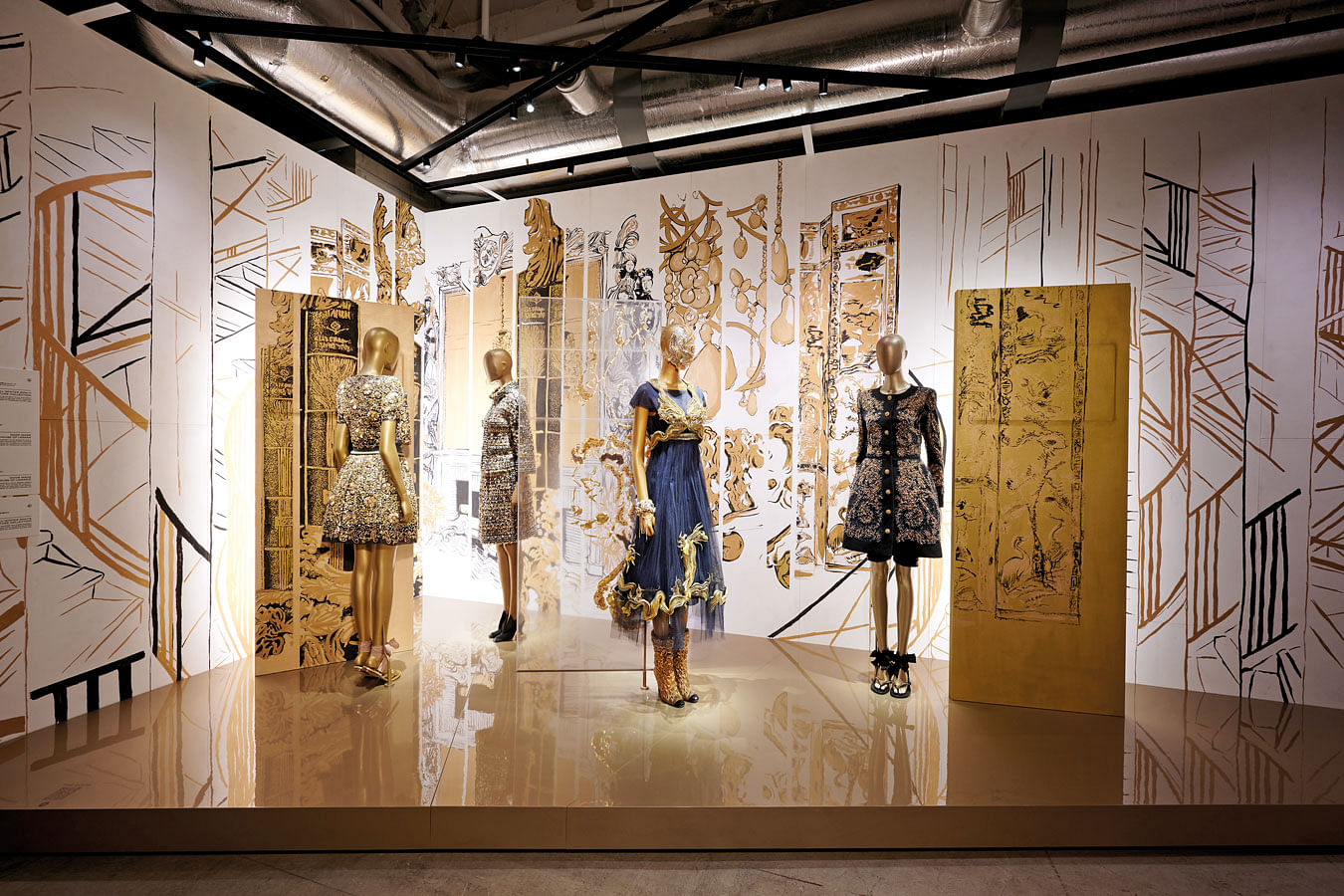 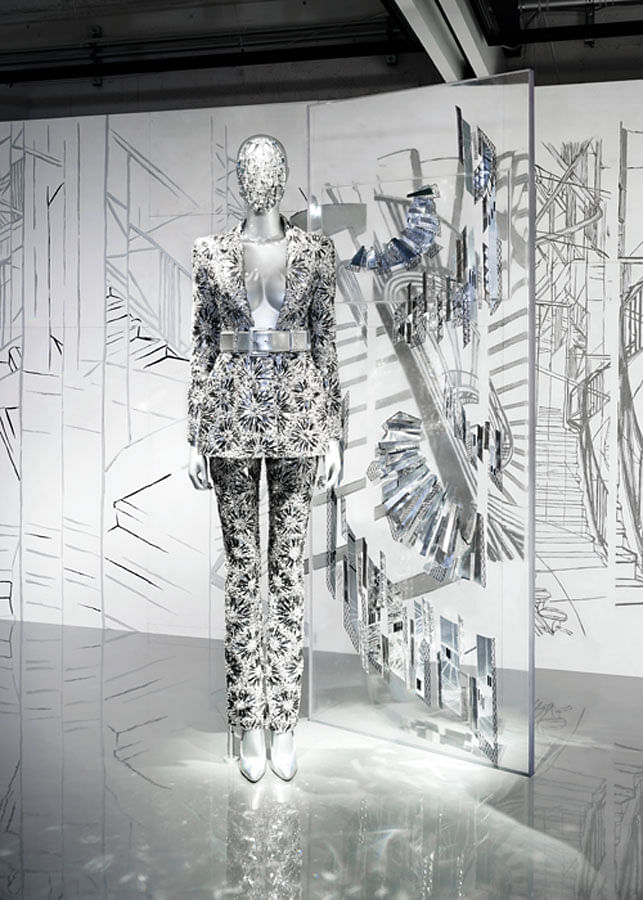 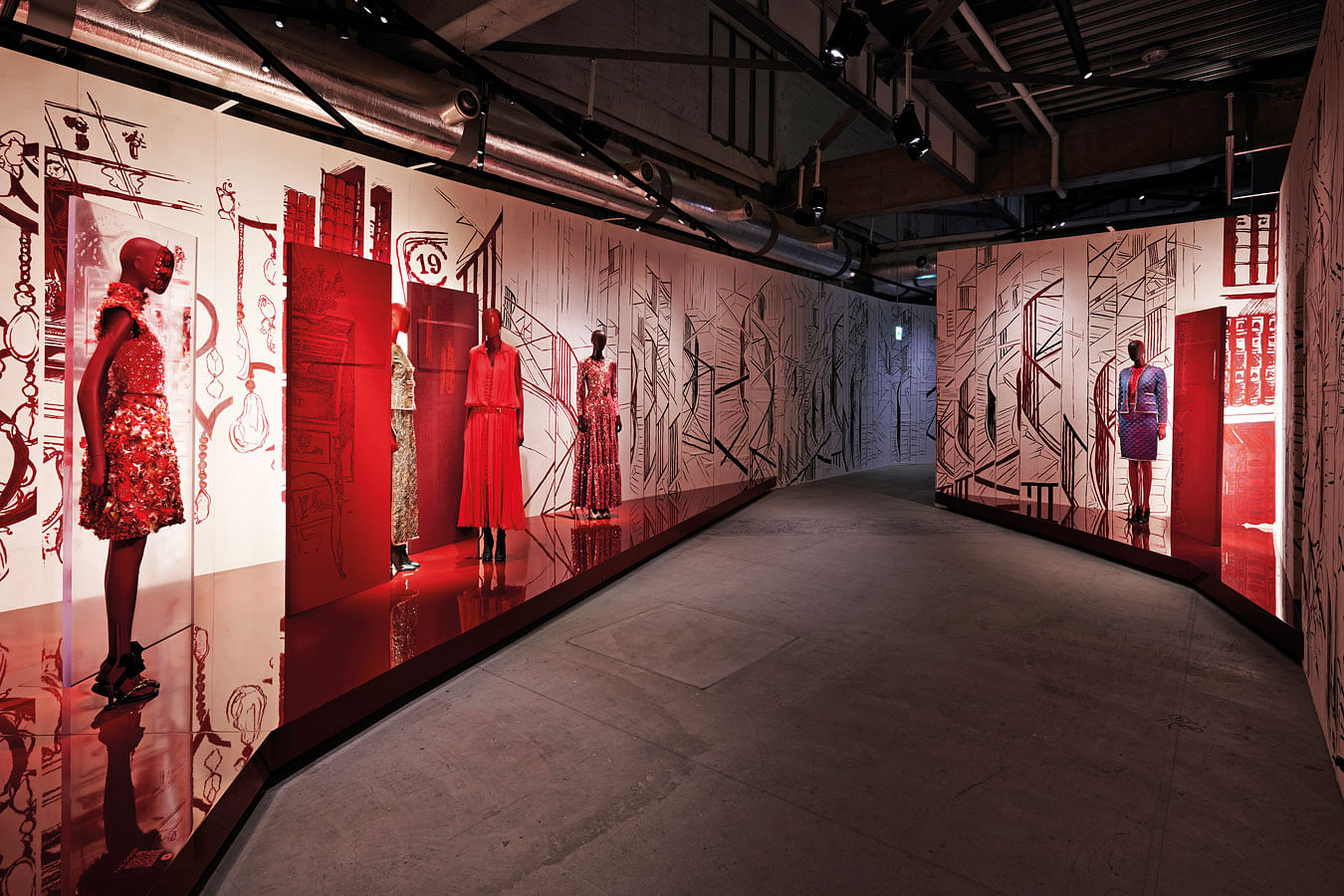 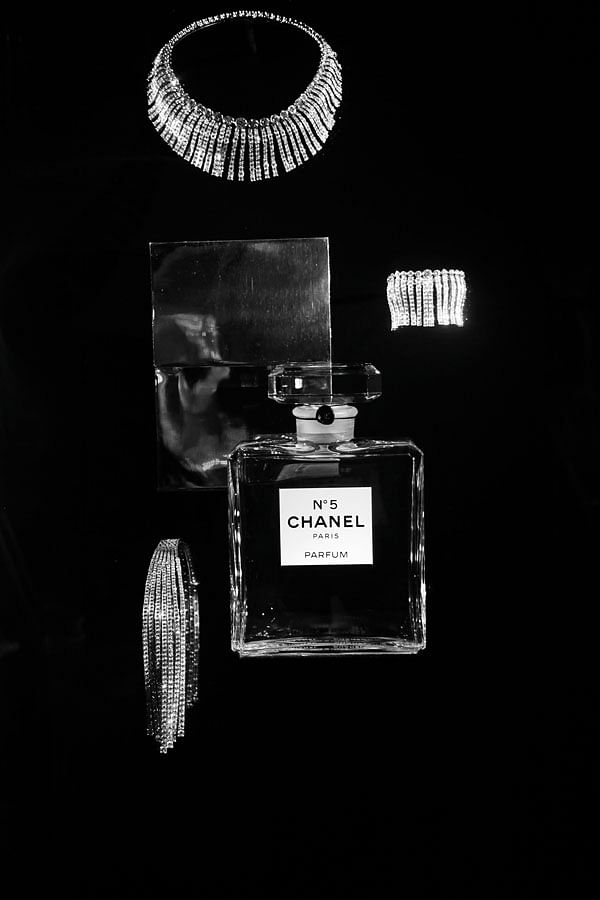 The Bijoux de Diamants collection with No. 5 parfum. 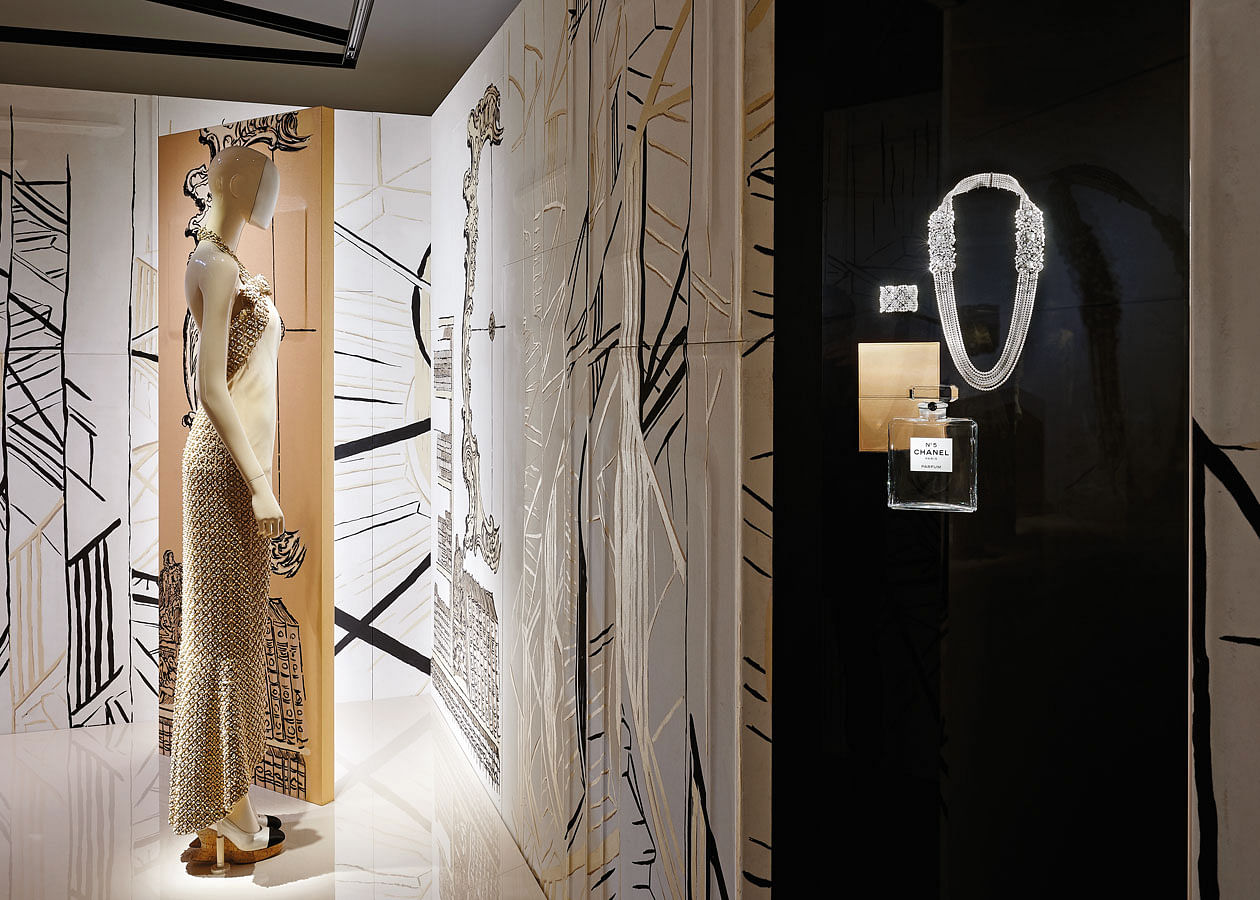