How to enjoy Crazy Rich Asians as a Singaporean

This was never going to be The Great Singaporean Film. So take off your judging pants and stop with the expectations, and you’ll have a rollicking good time

Much has been written about the movie Crazy Rich Asians, based upon the first of Kevin Kwan’s highly addictive novels about a young man who brings his unsuspecting girlfriend back from New York to meet his family in Singapore. A family who just happens to be, well, crazy rich. As a film based on a book by a Singaporean about Singaporeans in Singapore, it wouldn’t be an understatement to say that it was probably one of the most eagerly awaited films of the year for our little red dot.

Few movies premiere weighted with as much expectation as this one. Phrases like “watershed moment”, “the first movie with an entirely Asian cast in 25 years” and “opening the doors for greater diversity in Hollywood” have been tossed about in almost every discussion about it. As a Singaporean who has read not just the book but also the sequels China Rich Girlfriend and Rich People Problems (I did say Kwan’s writing was addictive!), what did I think? It was diverting, immersive, funny – perfect popcorn entertainment. I enjoyed it immensely. Why did I? How could I? Here are my top five reasons

It didn’t pretend to be something it isn’t.

The book never masqueraded as anything highbrow, literary or important – it’s a racy, juicy page-turner crammed with colourful characters, eye-popping detail and make-you-gasp kind of material abundance. The kind of book you’d read while sipping cocktails on the beach. In the same vein, the movie captures that spirit and successfully translates it onto the screen – there’s exuberance, excess and excitement. In some way, the film functions even better than its print version – cameras pan across scenes filled with fabulous clothes, interiors, private jets and parties without the tiresome details (of brands and labels) that bogged down the book. This is fluffy, escapist fun – it’s a rom-com, people! Don’t overthink it.

All these arguments that the movie didn’t showcase the other races that feature in our Singaporean demographic can be easily demolished by one simple fact – the book didn’t. Or was it that only the lifestyles of the rich were shown? So much inequality! Duh, it’s called Crazy Rich Asians. In these respects, the movie is faithful to its source material. Any problem with that, take it up with Kwan. Or maybe not. Because if that’s Kwan’s world, and by all accounts that’s the world he grew up in, what’s there to gripe about? As most authors do, he writes about what he knows – and in this case it’s the haute couture set, not heartlanders.

The casting of Michelle Yeoh outweighed that of Awkwafina – only just

Constance Wu is convincing as Rachel, the Asian-American NYU professor who doesn’t know what she’s in for when she arrives in Singapore. Her scenes with Michelle Yeoh, playing formidable matriarch Eleanor Young, were some of the best bits in the film. Yeoh seriously elevates her character, giving her an elegant gravitas and steely resolve she did not possess in the book. Watching the way she summons every ounce of icy, contemptuous hauteur and unleashes it against the hapless Rachel is seriously worth the price of that movie ticket. On the minus side, Goh Peik Lin should have been played by a Singaporean. Don’t get me wrong, I love Awkwafina as much as anybody but as Rachel’s Singaporean best friend, whose job it was to steer her through the pitfalls of local high society, her lack of native appeal was notable. Especially since her mother was played by Koh Chieng Mun, so gloriously comforting in her innate Singaporean-ness.

Remember the word in the title is “Asians”, not “Singaporeans”

So how Singaporean is the movie? Not very. But then when you consider the fact that it represents the top 1% of the population, what would you expect? It was a kick seeing different bits of our island up there on the big screen, as well as our beloved hawker food but the truth is, that was nothing more than a glossy backdrop to a story that could have been set almost anywhere else in Asia. There wasn’t anything uniquely Singaporean about the values and themes brought out in the film. The rich are global citizens, moving through the world with cushioned ease and calling different cities (where they have multiple residences) home – and the movie accurately reflected that.

It retains the same sly sense of humour as the original source material.

One of things I liked about the book was the subtle – or maybe not so subtle  – sense that Kwan was taking a dig out of the people he wrote about. It’s not called a social satire for nothing. His pitch-perfect ear for dialogue made me laugh out loud, especially when it came to the group of tai-tais doing Bible study every week, with their habit of making completely outrageous statements in equally complete earnestness. The movie retains that same brand of tongue-in-cheek humour – most of the zingers going to Awkwafina and Nico Santos as cousin Oliver. But my favourite line of all goes to Janice Koh at the “wedding of the century” – like the best of Kwan humour, her dead-serious delivery only makes it all the more funny. Watch it and see what I mean.

In the meantime, scroll through this gallery to check out all of the celebs you can expect to see in the movie 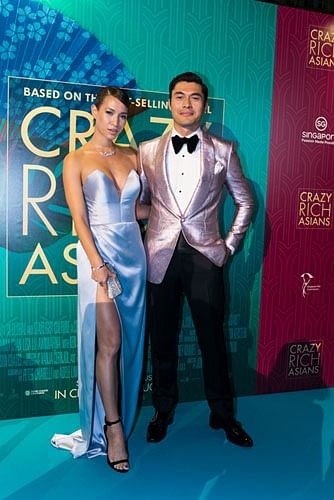 Liv Lo wore a bespoke gown from Jessica Cindy which took 1 week to make. She is also wearing jewellery from Cartier and shoes from Giuseppe Zanotti. 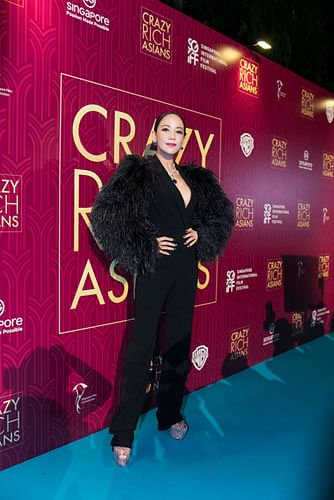 Xie, who plays Kitty Pong in the movie, wore an outfit from Nicole + Felicia Couture. 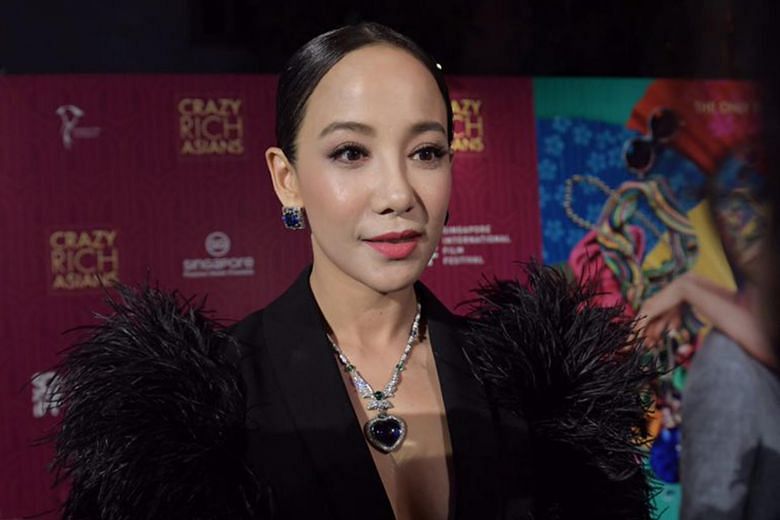 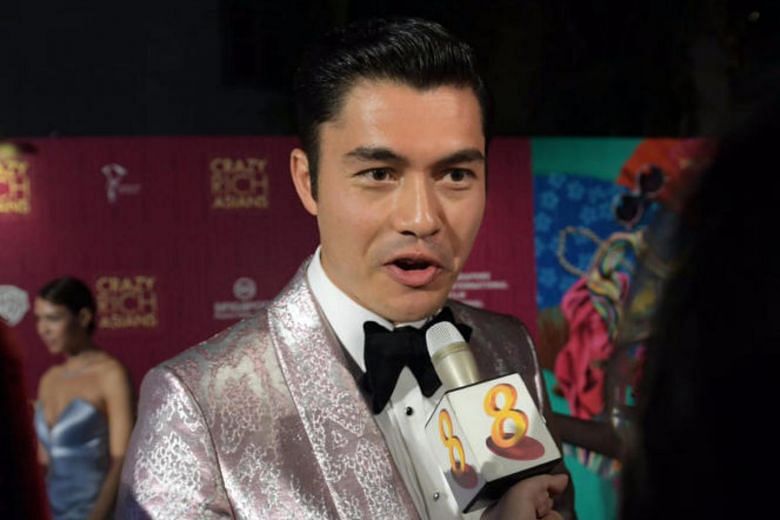 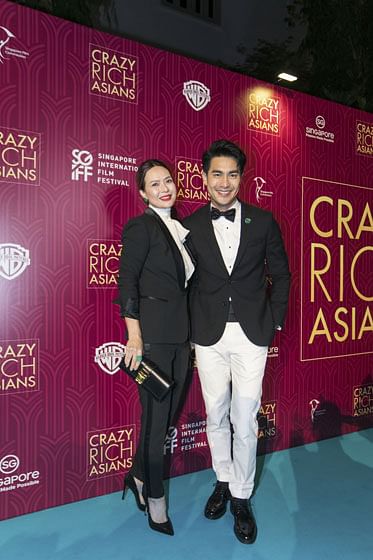 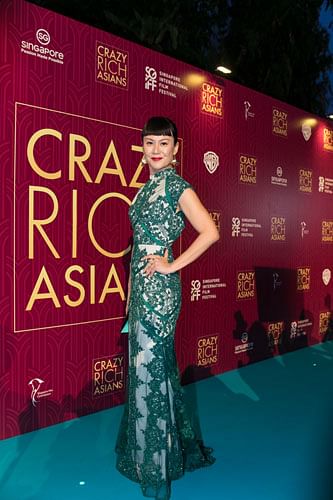 The local theatre actress said on her Instagram: "Oh dear. I could get used to this red carpet treatment." 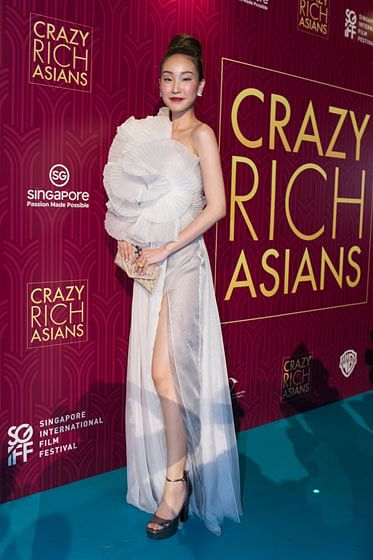 She wears another dress from local label Time Taken to Make a Dress. At the Hollywood premiere, her dress was also from the same brand. Jewellery from La Putri. Shoes from Charles & Keith. 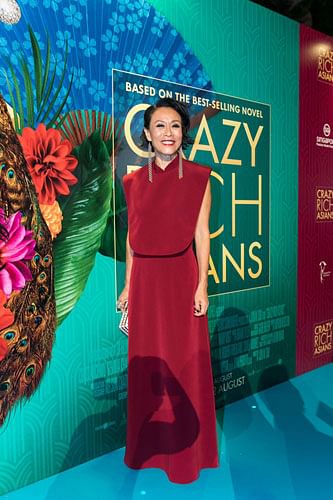 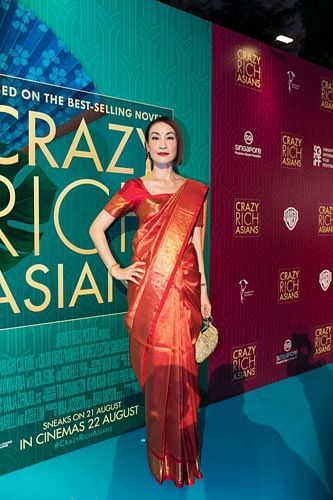 She wears accessories from Maya. 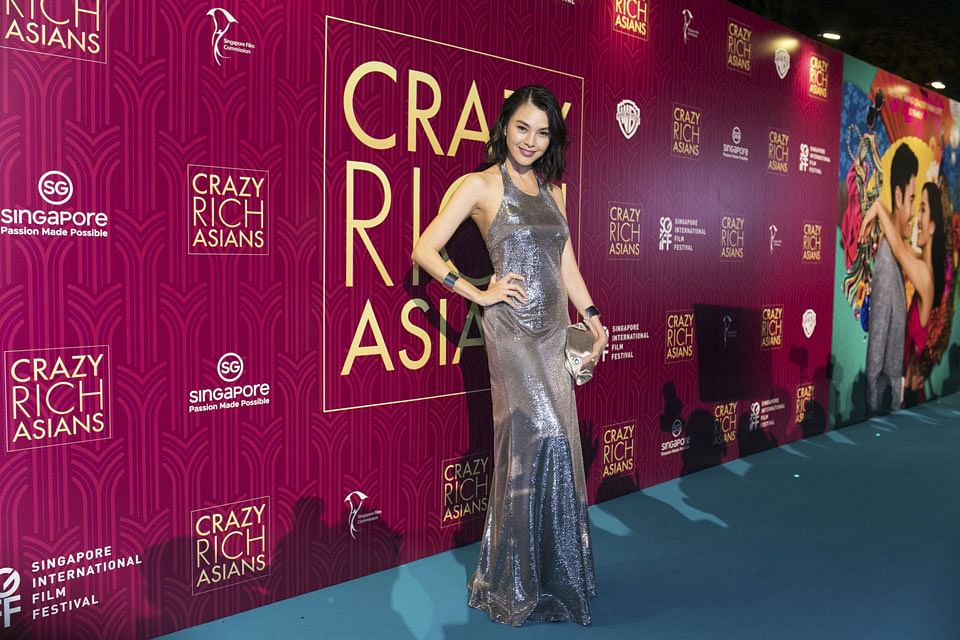 The actress wore a dress from eclipse. 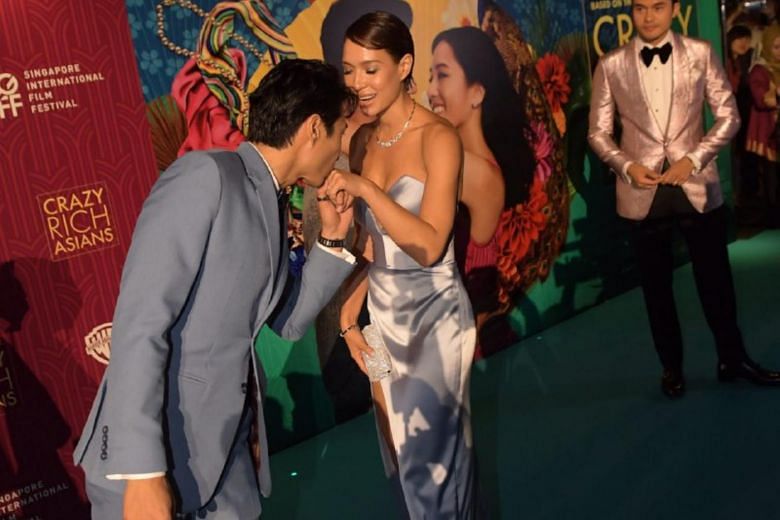 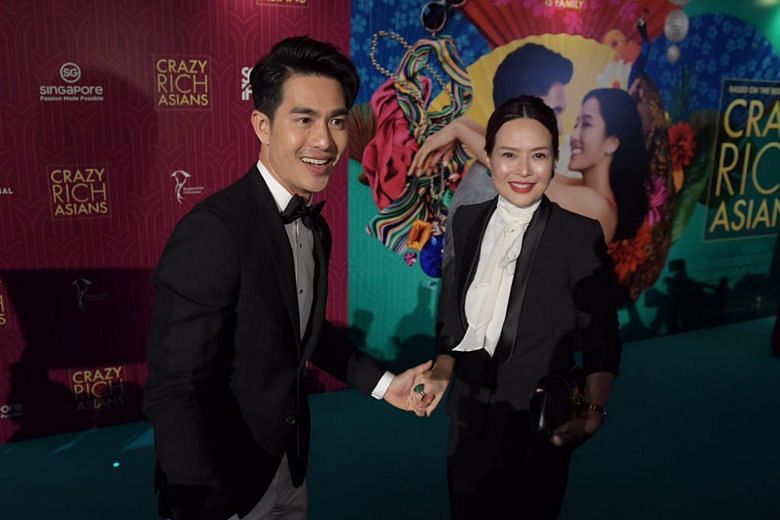 Pierre Png and wife Andrea D'cruz on the red carpet. 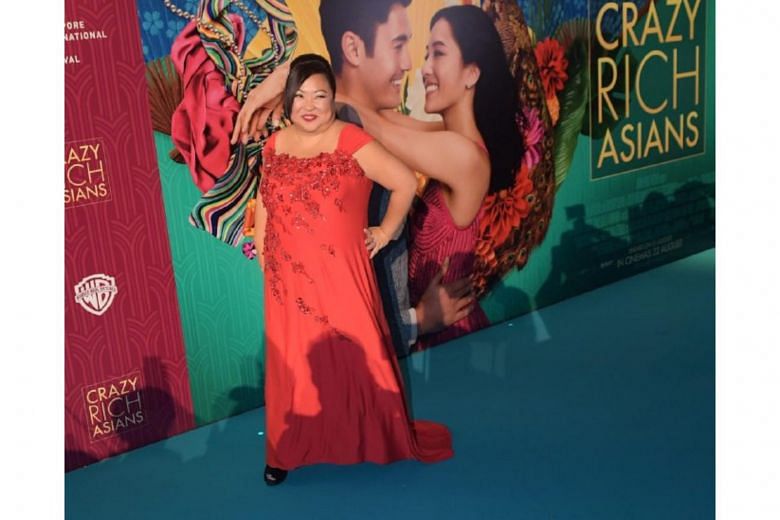 Selena Tan on the red carpet at the Crazy Rich Asians Singapore premiere. 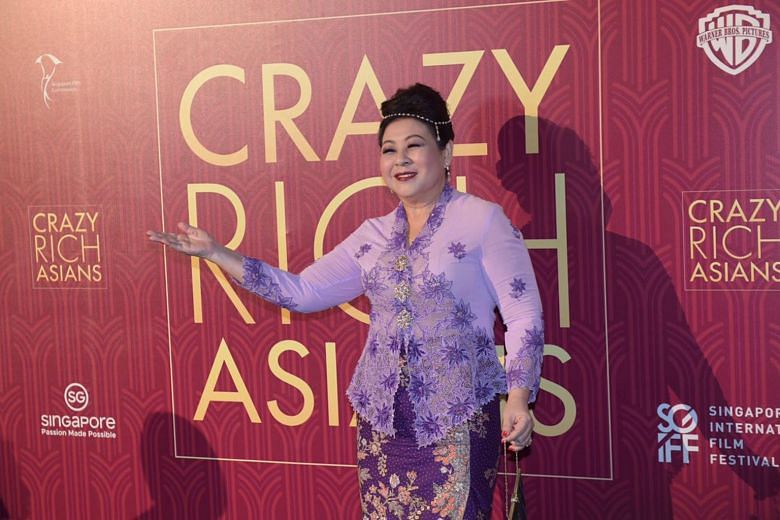