(UPDATE) Everything we know about Prince Harry’s fiance Meghan Markle

Someone just got a status update

Meghan Markle wears many hats. She is an actress, activist and philanthropist. But now, the 36-year-old who was born and raised in Los Angeles just landed one of the biggest jobs of her life – becoming part of the Royal family after getting engaged to Prince Harry on Monday, 27 Nov. She will be the first American to join the royal family after Wallis Simpson. The 33-year-old Prince is set to walk down the aisle with Meghan in the spring of 2018. 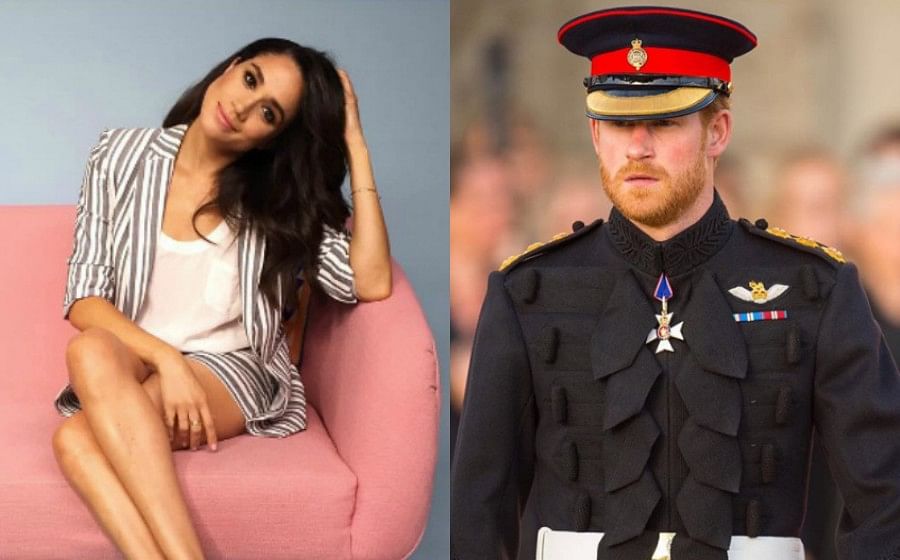 The actress, best known for her role as Rachel Zane in the hit TV show, Suits, first met Harry in October last year when the latter was in Canada promoting the Invictus Games, the paralymics-style competition for injured servicemen and women and veterans he founded.

If you’re curious to know more about the 36-year-old who besotted the prince, read on to find out.

1. She was a briefcase model

Before her big break, Meghan made her first small screen appearance as a “briefcase model” on the hit game show, “Deal or No Deal” in 2001.

2. She has always been firm in her beliefs and what she stands for from a young age

At the tender age of 11, she wrote a letter to the then First Lady Hilary Clinton and other influential figures about an advertisement created by a soap manufacturer which she felt insinuated that women belonged strictly to the kitchen.

3. She doesn’t quite fit the cookie-cutter mould of a would-be duchess

When rumours of Harry and Meghan’s relationship started circulating, tabloids were quick to point out that the actress is older than Harry, biracial (with an African-American mother and white father) and a divorcee. In 2011, she married film producer, Trevor Engelson, but their marriage dissolved two years later. However, it’s clear that none of this will derail a royal wedding.  Meghan herself is taking these criticisms in stride saying, “I‘m really just proud of who I am and where I come from and we have never put any focus on that”.

4. She didn’t know much about Prince Harry prior to meeting him and vice versa

Harry and Meghan who were introduced to each other by a mutual friend, knew little about each other prior to their first meeting in July 2016. Meghan revealed that she only had one question for her friend before she agreed to meet up with the ginger-haired royal – “is he nice?” because she felt that if he wasn’t, “it just wouldn’t make sense”. Similarly, the younger son of Prince Charles and his first wife Princess Diana, has never watched Suits and had never heard of Meghan but was “beautifully surprised” when she walked into the room. The royal added that after seeing her, he even thought to himself, “I’m going to really up my game here”.

5. She is a health and fitness enthusiast

The communications graduate maintains her svelte frame and keeps fit by practicing yoga and drinking detox drinks which include green juices.

6. She was not prepared for the media scrutiny

Meghan shared that she was not prepared for the extent of attention their relationship would have. In her own words, she “did not have an understanding of just what it would be”. She also dispelled the misconception that just because she was an actress, doesn’t mean she would be used to being in the spotlight and under such huge amounts of public scrutiny.

7. She is an activist

I wrote an article that's near and dear to my heart - I hope you'll take a little time to read it today! Would be most grateful Link in bio and right here: http://thetig.com/how-to-be-both/ #bethechange (photo cred @gaborjurina )

Apart from acting, the stunner owns a now-defunct lifestyle blog called thetig that strives to empower women and expanding the definition of beauty. She is also active on the topic of gender equality and was named the global ambassador for World Vision Canada in 2016. Markle also shares the same interest as the ginger regal icon in terms of their work in Africa. She recently travelled to Rwanda for the Clean Water Campaign, while Harry spent time in Malawi.

8. She is an animal lover

She has two rescue dogs, Bogart and Guy. Speaking to Reader’s Digest, the actress revealed that Ellen DeGeneres was the one who persuaded her to adopt her dog. She was at a dog shelter in Downey where she bumped into Ellen DeGeneres and Portia de Rossi. Ellen convinced her that she “(had) to take (the) dog”, which she did and as they say, the rest is history. The actress starts her morning by kissing her dogs and feeding them breakfast. After their breakfast, she would crawl back into bed and snuggle with her dogs before starting her day.

She might be reed slim but she doesn’t just live off lettuce leaves. This bombshell loves her pasta, bacon and pizzas.

10. She is a fashionista

Sign up for the presale for my fall capsule collection for @Reitmans! The essential fall uniform I designed for work or play  #MMxReitmans (on sale next week!! http://bit.ly/1qVx66l) #fashion

The American actress showcased her polished fashion sense when she designed a fall work-to-weekend capsule collection for Reitmans.