Catch up on all deets you have to know about this youthful beauty, as she celebrates her 39th birthday this month

Cecilia Cheung is many things. The actress-singer — who was discovered by Hong Kong director-actor Stephen Chow who gave her a breakthrough role in King of Comedy (1999) — is talented, gorgeous, feisty and vocal. She has also shown herself to be kind and compassionate to the elderly, kids, animals and her fans.

Unfortunately, Cecilia has also landed herself in hot soup a couple of times, and has been the subject of front page news on several occasions, and not for great things.

Since it’s her 39th birthday on May 24, we thought to celebrate this multi-faceted and complicated, but still well-loved, Hong Kong starlet by sharing some tidbits of her life so far.

Cecilia, who entered showbiz at the age of 18, already showed signs of great potential at the age of 12. She recently posted a throwback photo of herself at 12-years-old, looking like a fresh-faced angel, to celebrate her eldest son Lucas’s 12th birthday. Look at that hair! Even now at the age of 38, she doesn’t look too markedly different from her girlhood days. Some people are just born to be stars.

Cecilia adores our sunny island so much that in 2014, she relocated to Singapore with sons Lucas and Quintus and stayed for a few years. In an interview, she said she chose Singapore because there isn’t a strong paparazzi culture here. “Even though I like Hong Kong and China, and I have many fans and supporters there, the paparazzi there is too strong. Singapore is not like that, and I want my two boys to have a normal life and a normal study environment.” She also said the educational system here is really good, and had enrolled her children in an international school.

ALSO READ: DID CECILIA CHEUNG BUY A $13.2M HOUSE OR IS SHE DATING A RICH GUY?

Cecilia has since moved back to Hong Kong, but still frequently brings her sons back to Singapore for a vacation, and shares her holiday snaps of them visiting hawker centres, Universal Studios Singapore and Marina Bay Sands, to name a few, on Instagram.

Recently, when she attended the Star Awards 2019 ceremony as an award presenter, she posted a series of snaps and Instagram stories of her tour around Singapore again, looking like she’s having an absolute blast. She even played host to friends from Hong Kong, bringing them about for meals and sightseeing. Singapore tourism ambassador, anyone?

3. She has her own business

Cecilia sent her fans into a tizzy when she posted an image of her in a wedding gown and bridal headgear, leading them to speculate whether she had gotten hitched in secret. Alas, the shot was for a newly-launched bridal accessories line for her SeeCeciStreet brand, which was created in 2017 hawking products ranging from clothing and bags to watches, necklaces, wallets and sunnies. She also has a new furniture design service. Just an indiction of the price, in case you’re interested — a small army green Studded Leather Bag costs HKD$3,500 (S$607.86), while a Red Adjustable Cap — the one she’s wearing in the second video post — costs HKD$450 (S$78.15). A limited edition Glory Watch can set you back HKD$8,800 (S$1528.60).

4. She has a complicated family whom she loves 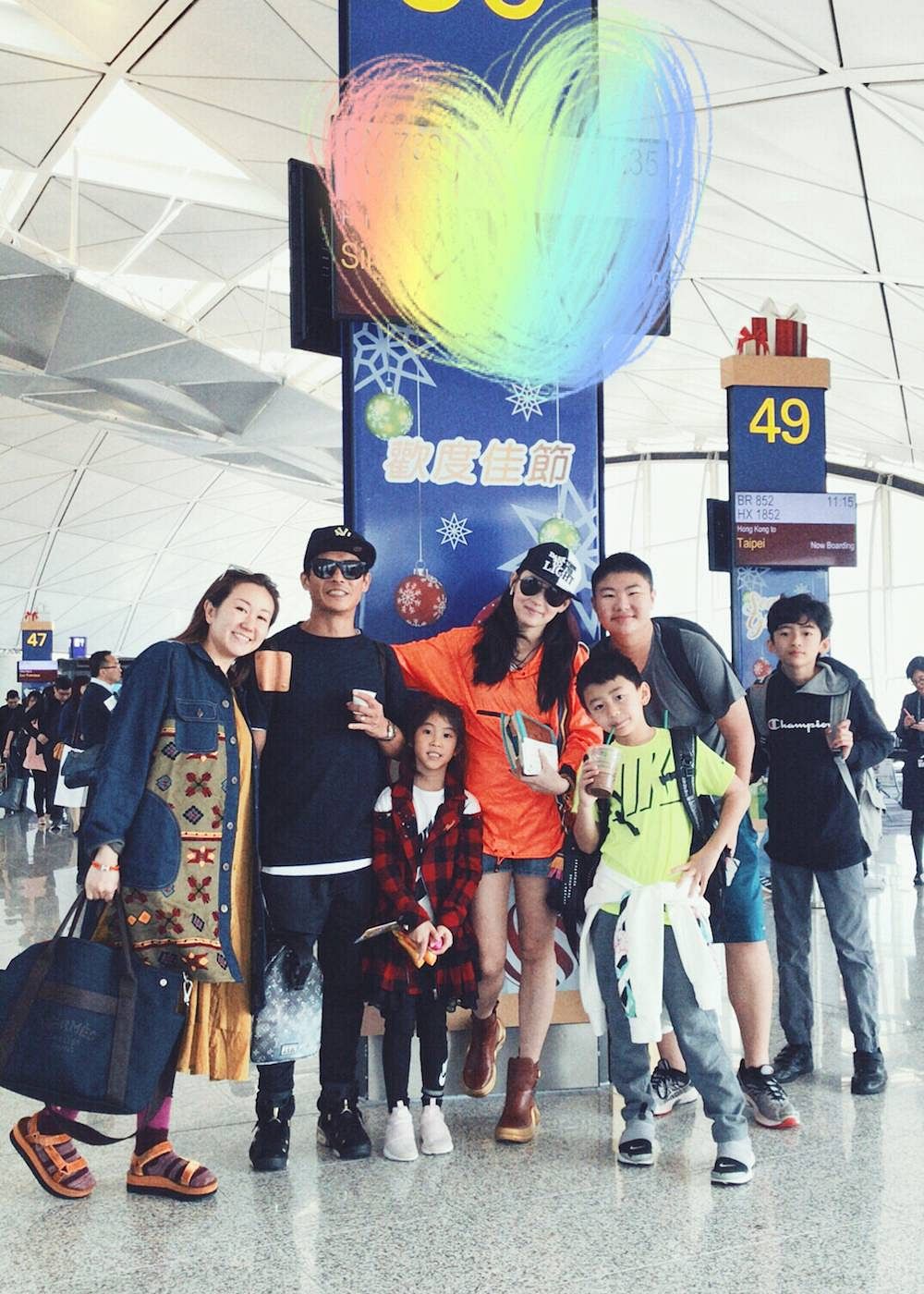 Her parents split when she was just nine and she was sent to Melbourne to live with her aunt when she was 14. Reports say Cecilia has been supporting her family, which includes her divorced parents, her two brothers and her stepsister, since she stepped into showbiz at the age of 18. Her father is a notorious triad member known as Bearded Yung. In 1999, when she was 19 years old, her father reportedly got into a misunderstanding with a rival gang, and Cecilia received rape and death threats against her.

In 2013, her father allegedly went on the run after swindling his business partner of over S$415,000, leaving Cecilia to deal with his debts. To make matters worse, she fell out with her younger brother over money matters. However, they eventually made up, and she apparently helped him and their elder brother, Ronnie Cheung, to start a ride-sharing business in 2015.

Reports surfaced in 2017 that Cecilia had posted about her financial stress on a since-deleted Instagram post, lamenting that she doesn’t have money to buy cosmetics and clothes for herself these days, and hinted that she would stop providing for her family. Her Eurasian mother Davies Shally was later seen working as an Uber driver.

However, it seems it’s all good in da hood, as Cecilia posted a photo on Instagram in March this year with a heartfelt birthday message. “My dear mum, in my heart, you’re my superwoman. I’m very proud to have a good mother like you. I’ve always admired your passion for the life you prefer. Continue to do what you love, I’m supporting you all the way.”

She adds: “Thank you for imparting me with your strength, embedding it in my DNA. Of course, there’s also the beauty that you gave me, I’m thankful for you.”

5. She was married to actor Nicholas Tse

The pair were seen as the Hong Kong entertainment industry’s golden couple, but they split after just five years of marriage in 2011. Their romance was part of an epic love triangle that involved songbird Faye Wong. Faye and Nicholas were dating in 2000 — back then, Nicholas and Cecilia were already close but he says he sees her as a sister — but broke up after three years.

Faye went on to date and marry actor Li Yapeng while Nicholas dated Cecilia and married her a year after Faye and Yapeng got hitched, in a secret ceremony in the Philippines in 2006. Their divorce was high-profile, with both of them agreeing to joint custody in the end and Cecilia reportedly refusing spousal support. Pssst, in what is the ultimate twist in this grand story, Nicholas and Faye reconciled and are still together now.

6. She was once embroiled in the Edison Chen scandal

Cecilia’s reputation took a nosedive when intimate photos of actor Edison Chen with various starlets, including Cecilia, Gillian Chung and Bobo Chan, were leaked and distributed in 2008. It was reported that Edison brought his pink laptop into a computer shop for repairs and an IT technician allegedly copied the photos, which were reportedly made some time between 2003 and 2006. The scandal rocked the entertainment industry and was the talk of the town. Edison Chen became an instant pariah — he was pulled from movies, dropped by sponsors and ignored by those in the industry. The careers of the women involved also took a hit, with many, such as Gillian, forced to take a hiatus.

According to Cecilia’s former manager Tiffany Chen in a report by Apple Daily, Cecilia was nearly driven over the edge by the sex photo scandal and Tiffany had talked the star out of suicide.

Cecilia later publicly criticised Chen for shedding crocodile tears when he testified in a Canadian court for his involvement in the scandal, saying that he had not returned calls and had switched off his telephone when the incident came to light. She also accused him of hypocrisy in a bid to win the public’s forgiveness. Cecilia also denied rumours that the videos caused a rift with her husband and in-laws. Nicholas publicly stood by her through this dark period.

Btw, Edison, who was known for his hard partying ways a decade ago, has turned over a new leaf. He has a fashion label Clot and is now a family man. He and his model-girlfriend Qin Shupei have a daughter.

7. She had a third son with a mystery man

A Weibo post in November 2018 by Cecilia’s studio announcing the birth of her third son, whom she calls “Little Prince”, ignited a buzz, with many speculating the mysterious identity of the child’s father. Cecilia mother had said in a TV programme in March that year that Cecilia’s new boyfriend was a 65-year-old businessman from Singapore. In July, Cecilia posted on Instagram that she was “trying hard for a younger sister” for her sons.

The tycoon was supposedly from a rich family and owns a listed company. He is also reportedly a shareholder in a Singapore food and beverage chain. On Dec 18, however, Cheung’s studio’s Weibo account said that rumours about the businessman being the father were fake. Several other men have since been dragged into the paternity puzzle, such as ex Nicholas Tse, actor-director Stephen Chow and Chinese billionaire Sun Donghai. Nicholas firmly refuted the rumours in an Instagram post, calling them bewildering and shocking. “My love life is stable. I’m the father of only Lucas and Quintus and I will do my best to fulfil my responsibilities as their father,” he said.

Neither Cheung nor her studio has revealed the real identity of the father. Before the birth of her third child, Cecilia went silent on social media for a few months, wiping out all the older posts from her Instagram account and setting it to private. However, she was seen hanging with friend Bonnie Chu, in an Instagram post in December. Cecilia resumed posting in February. 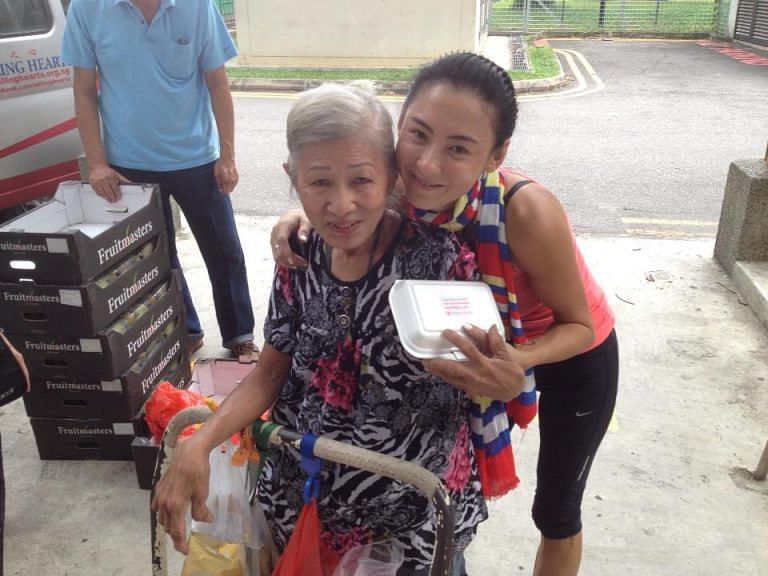 Cecilia is often seen volunteering at non-profit organisations in her free time. When she was living in Singapore, for example, she was often seen volunteering at soup kitchen Willing Hearts. Once, she was spotted helping out the non-profit organisation to give out packed lunches and fruit to elderly residents at an HDB void deck. Photos published by Willing Hearts also showed her cooking in the kitchen. After the birth of her third son, Cecilia was seen helping out at an SPCA event in Hong Kong, talk about effort! 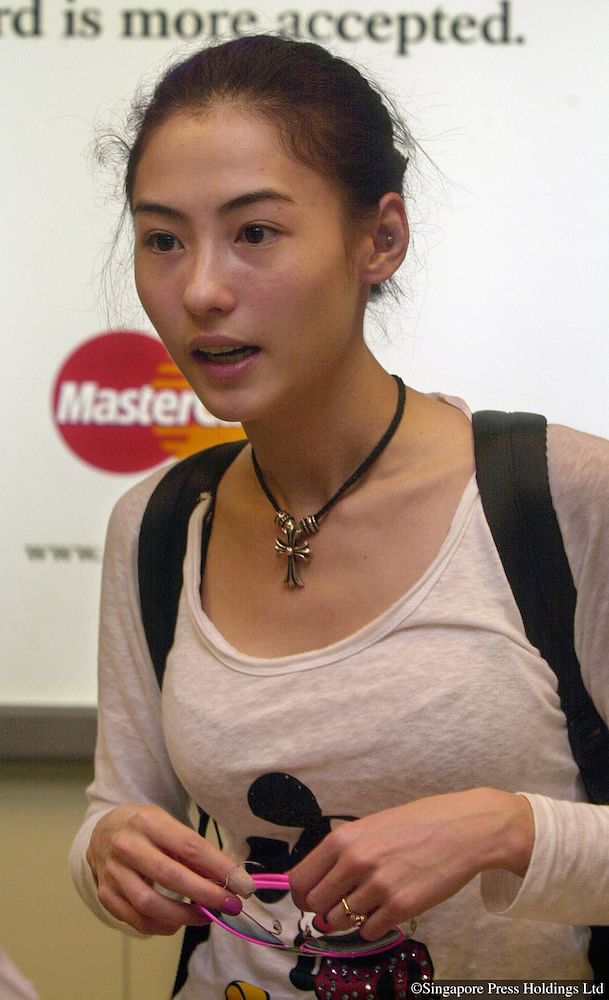 The image above by Wanbao was taken in Indonesia in 2005, where an emotional Cecilia had been helping out in disaster relief efforts and visiting victims.

You also often see her taking photos with fans with gusto, hamming it up with them, throwing her arms around them or even kissing them on the cheek — even when she’s in the most casual of outfits with no make-up. No airs there.