Goo had returned to the stage after a suicide attempt in May, when she was rushed to the hospital after being found unresponsive in her apartment in Gangnam 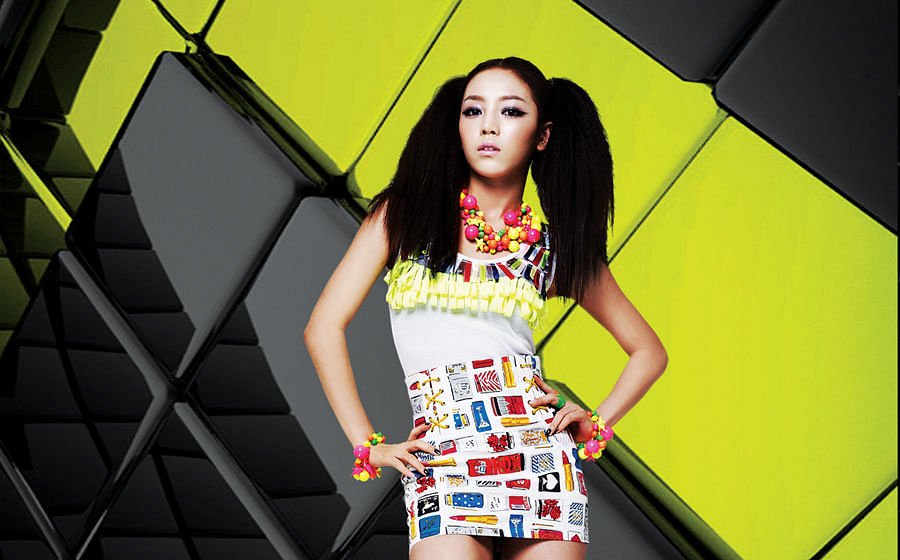 Police said in a statement that the 28-year-old was found in her home in Seoul at around 6pm. They are still investigating her death.

Goo - a former member of popular K-pop girl group Kara, which disbanded in 2016 - had earlier this month released a solo Japanese-language single, Midnight Queen, and wrapped up a mini-tour in Japan from Nov 14 to 19.

She visited Tokyo, Osaka, Nagoya and Fukuoka to promote her new album.

Goo’s return to the stage came six months after a suicide attempt in May, when she was rushed to the hospital after being found unresponsive in her apartment in Gangnam.

This came after she made an alarming series of posts on Instagram, with one simply saying: “Goodbye”.

Days after her suicide attempt, she said: “I’m sorry for causing concerns and a commotion.”

“In terms of health, I am recovering ... I had been in agony over a number of overlapping issues,” said Goo, who joined Kara in 2008 and debuted as a solo artist in 2015. “But from now on, I will steel my heart and try to show up healthy.”

She had before the attempt been embroiled in a public row with a former boyfriend who she accused of assault and said threatened to release sex tapes of the two of them.

Just last month, one of her close friends, fellow K-pop star Sulli, was found dead at her home.

Goo, who was in Japan, had filmed an apology for missing her friend's private funeral on Instagram Live.

"I'm sorry I can't go because I'm in Japan," she said. "I'm sorry that I had no other choice but to greet you like this. Live well up there, and do everything that you wanted to do. I will live hard and work hard for you."

Sulli, whose real name was Choi Jin-ri, was discovered on Oct 14  by her manager, who visited the house, as he had been unable to reach her after their last phone call a day before.

The 25-year-old originally gained prominence as a child actress playing the role of Princess Seonhwa of Silla in the 2005 period series Ballad Of Seodong, and later debuted as an idol under SM Entertainment as part of girl group f(x) in 2009.

Sulli took a hiatus from the group in 2014, citing malicious online comments targeted at her. In 2015, she left the group officially, but remained with SM Entertainment.

Two years ago, another SM Entertainment artiste - boyband Shinee’s Jonghyun - committed suicide at age 27. He had been battling depression before his death.

South Korea is known for having some of the highest suicide rates among developed nations, and celebrities have not been immune from it.

The K-pop industry is known for its cut-throat competitiveness, a lack of privacy, online bullying and relentless public pressure to maintain a wholesome image at all times and at any cost.

The health of celebrities has been a cause for concern among fans who have blasted their management agencies for not taking adequate care of their artists.

After Sulli's death, her fans - who believe that the young star was affected by hate messages - started a petition, asking the government to mandate that netizens use their real names when they post comments. 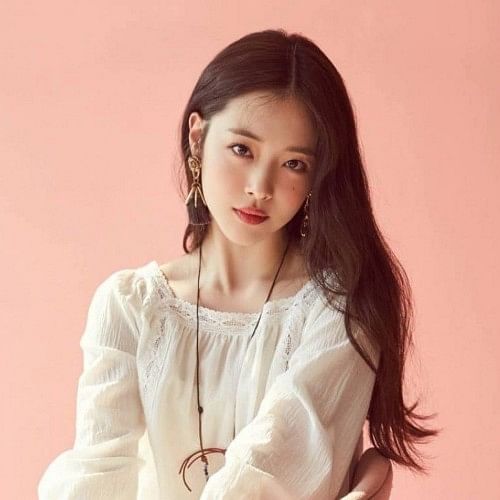 South Korean singer and actress Sulli, has died at the age of 25

South Korean singer and actress Sulli, whose real name is Choi Jin-ri, has died at the age of 25. She was found dead at home by her manager on Monday Oct 14.

The former member of girl group f(x) had in the past been subject to malicious comments and rumours online.

The police had ruled out foul play as a cause of death. It was suspected that she may have committed suicide.

According to JTBC's News Room, the police have found a notepad filled with Sulli's handwritten comments about her life, at her home.

It is believed that Sulli was working up to the day before her death, according to The Straits Times, as she was scheduled to shoot an advertisement for bag brand Stretch Angels.

Netizens suggested that her death is yet another example of a K-pop artist succumbing to the intense pressures of the industry.

As fans and celebrities mourn Sulli's death, we take a look at 8 things you might not have know about her.

ALSO READ: THE IMPORTANCE OF MENTAL HEALTH AWARENESS IN A TOXIC ONLINE WORLD OF K-POP 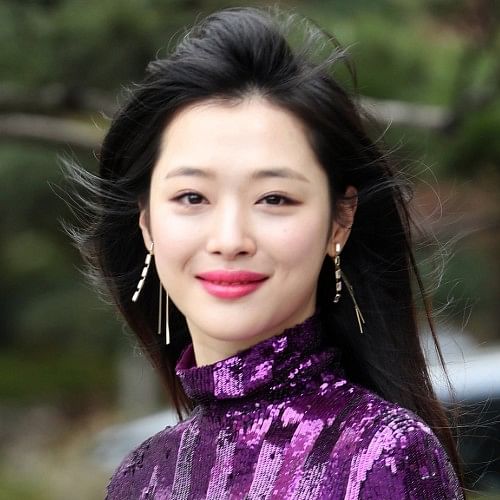 2. She was known to be a very straightforward and outspoken person

Known for being forthcoming and speaking her mind, Sulli was not one to conform to the strict and conservative social norms that were imposed on South Korean celebrities.

In June 2019, the actress addressed her haters on a Night of Hate Comments, a JTBC2 variety programme where celebrities address the cyberbullying and malicious comments they had encountered online. She had this to say to her haters: “I don’t do anything illegal… I act freely within the limits of the law.”

She was also a big advocate of equal rights. “Sexism and racism are the things I hate the most,” she once announced on her Instagram.

Her outspokenness resonated with many young South Korean women who have been leading a new wave of feminists fighting a patriarchal society obsessed with looks. "Being one of the first female artists in K-pop to talk about mental health and feminism is amazing. I love you so much Sulli - I hope in heaven you are finally free," a fan wrote in a tweet. 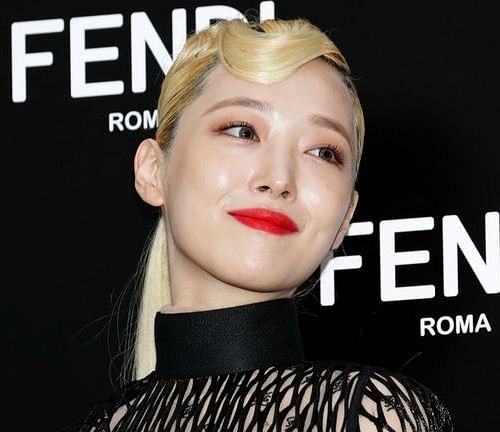 3. She dated rapper Choiza who was 14 years older

Choiza, the rapper from hip-hop outfit Dynamic Duo split with Sulli in 2017, three years after they admitted their relationship. Choiza, 39, managed by the Amoeba Culture agency, and Sulli from SM Entertainment received a fair bit of negative attention as a couple because he was 14 years older. 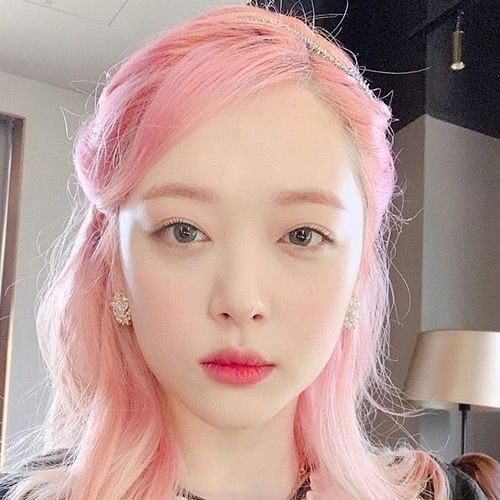 4. She was involved in the "no bra" movement in South Korea

On occasion, Sulli would go braless, a stance that won her both approval and opprobrium. She was involved in the so-called "no bra" movement in South Korea in 2019 - where women went braless to make a statement about expectations and judgement of the female body. “Going braless is one’s freedom,” she said on Night of Hate Comments show.

Music journalist Taylor Glasby once referred to Sulli as a free spirit. “She was one of the idols who decided to live her life in the way she wanted to and that didn't always sit well with the general public," she said. 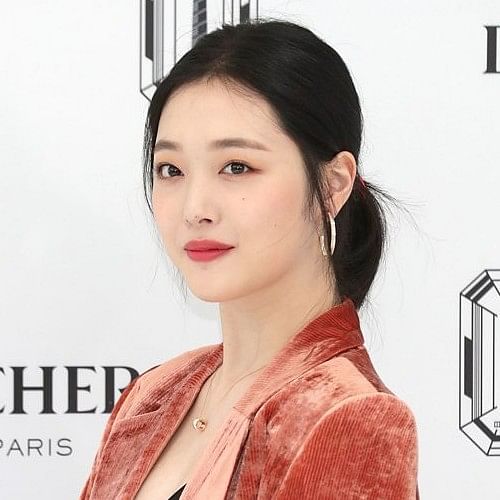 5. She was a child actress

The star who was born on March 29, 1994, in Busan, Korea, was first cast into the spotlight as a child actress, playing the young Princess Seonhwa of Silla in the 2005 SBS drama Ballad of Seodong. The period drama tells the story of how Seodong, a commoner, meets and falls for Princess Seonhwa of the rival kingdom Silla and his life dramatically changes. 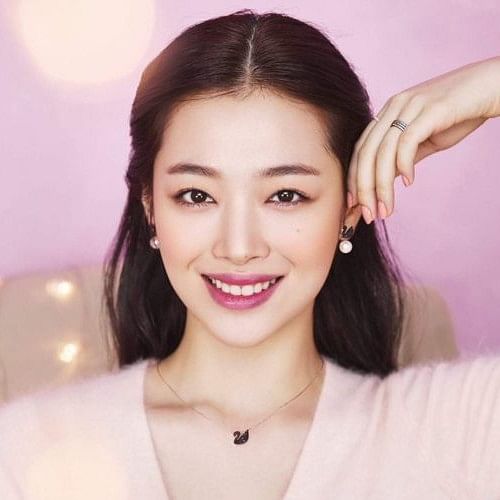 6. She took on several minor acting roles and subsequently won the New Star Aware at the SBS Drama Awards in 2012

In August 2012, Sulli finally had the chance to take the lead role in To the Beautiful You, based on the famous Japanese shojo manga series Hanazakari no Kimitachie. She won the New Star Award at the SBS Drama Awards 2012 for her performance in the drama. 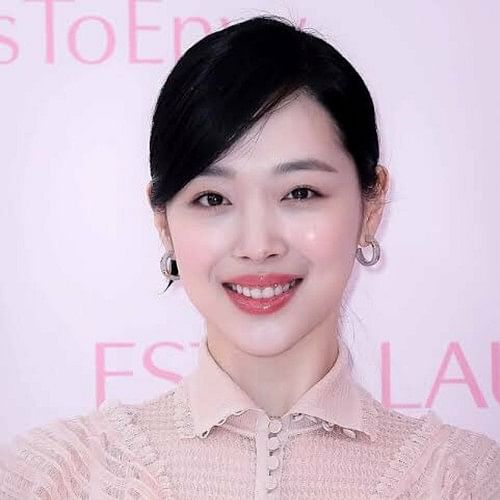 7. She confessed to suffering from panic disorder and social phobia

In October 2018, Sulli revealed in her reality show Jinri Store that she had suffered from panic disorder and social phobia since she was a child. Sulli had repeatedly asked her agency, SM Entertainment, to take strong measures against malicious comments and cyberbullying she was facing. Seven petitions were posted at the South Korean presidential office website demanding tougher punishment for cyberbullying just months before her death.

ALSO READ: DIAGNOSED WITH FOUR MENTAL DISORDERS, THIS WOMAN'S FAILED SUICIDE ATTEMPT TAUGHT HER THE IMPORTANCE OF SELF LOVE 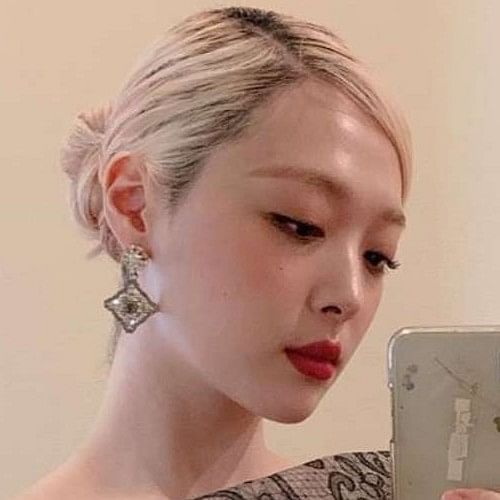 8. The music video for her solo debut Goblin was well received

Sulli went from acting to singing, and she debuted as a member of the group f(x), with the single LA chA TA in 2009. She later, made her solo debut in June 2019 with the song and album "Goblin" and held a special stage Peaches Go!blin on the same day at SM Town Theatre. 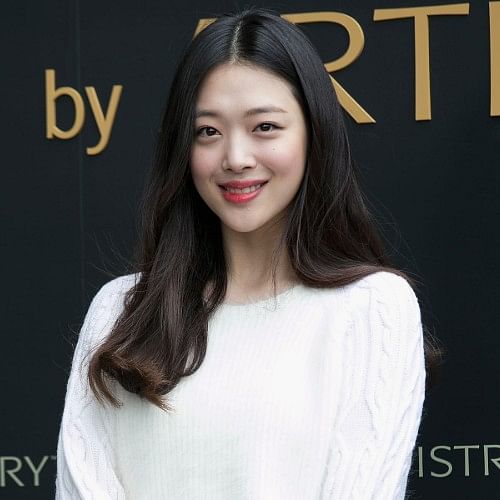 9. She was the inspiration for IU’s song Peach

In 2012, IU's released the sweet ballad Peach, which was inspired by her close friend Sulli.

According to IU, the lyrics were written to convey the emotion one feels when looking at their lover; she wrote it from the perspective of a male thinking about a pretty girl, using Sulli as reference. The single clinched the number one spot on many South Korean music websites in 2012.

Sulli later said of the song: “My fans call me Peach, so when her new song came out, I called to ask her about it, and she confirmed that the song was for me.” The song has now re-entered music charts and fans are listening to it as a way to remember the late Sulli.

If you, or someone you know, are having suicidal thoughts, help is available.

ALSO READ: DIAGNOSED WITH FOUR MENTAL DISORDERS, THIS WOMAN'S FAILED SUICIDE ATTEMPT TAUGHT HER THE IMPORTANCE OF SELF LOVE

The Korea Herald reported earlier this month that some Bills aimed at curbing cyber bullying had been submitted to the National Assembly following the star's death.

One calls for users to reveal their online user name and IP address when posting comments on online portals such as Naver and Daum, while another wants these portals to filter out malicious comments and block people from posting them.

This article was first published in The Straits Times.

ALSO READ: THE IMPORTANCE OF MENTAL HEALTH AWARENESS IN A TOXIC ONLINE WORLD OF K-POP