From an insurance agent to a Hollywood actress, here's how Constance Lau got her groove back

For actress Constance Lau, snagging a role in Crazy Rich Asians was validation that her years of hard work and gumption had finally hit pay dirt. Soon you’ll be seeing this “overnight success” as a lead in a local TV series. Not so crazy after all

It’s 3pm on a Sunday, and we’re at her brother’s restaurant (he owns beef bowl chain Waa Cow!). Constance is looking perfectly poised with impeccable makeup, a fitted white top and green trousers, and not a hair out of place. She looks exactly like the petite, doe-eyed ingenue we’ve seen in photos.

So it’s a bit of a surprise when we end up talking about the best type of fruit to aid bowel movements (for the record, it’s yellow dragon fruit). And how she’s obsessed with this certain type of tissue paper – so obsessed that she hauled 12 boxes back from Bangkok (“it’s soooo soft, it’s great for my sinus problem”). And how she’s all about online shopping, but prefers nabbing the cheapest deals by finding dupes. It’s delightfully incongruous.

Even more so because we’ve seen her bedecked and bedazzled in Crazy Rich Asians, where she played a small but crucial role as Celine, aka Radio One Asia, who was instrumental in revealing protagonist Rachel Chu’s (Constance Wu) identity as prime bachelor Nick Young’s paramour.

It was a role that called for a lot of side eye glances and being part of the crazy rich posse. The character may be the instigator of gossip in reel life, but in reality, Constance says she avoids drama and is “always the last to know what’s going on”.

ALSO READ: CRAZY RICH ASIANS MIGHT NOT BE FICTION AFTER ALL

She may have the same name as CRA’s lead actress, but this Constance never let it faze her. “On set, I just joked with the crew to call me Ah Lau, since in school, Lau Lau was my nickname,” she laughs. But also, director Jon Chu took care to make sure everyone felt included. “Constance Wu and I are very different people, so it never occurred to me to be seen as ‘the other Constance’.”

But it was Constance’s turn on the red carpet at the fi lm’s premiere that made the fashion critics take note. She became the only Singaporean to make it to Vanity Fair’s “Must-see Looks” of the night. She was also pictured on E! Online’s Best Dressed of the Week, with her custom Time Taken To Make A Dress gown described as “crazy-good style”.

What was even more impressive was that she flew to Los Angeles on her own steam, paid for her own flights and accommodation, and did her own hair and makeup. Local media paid attention: This relative newcomer to the scene has gumption. 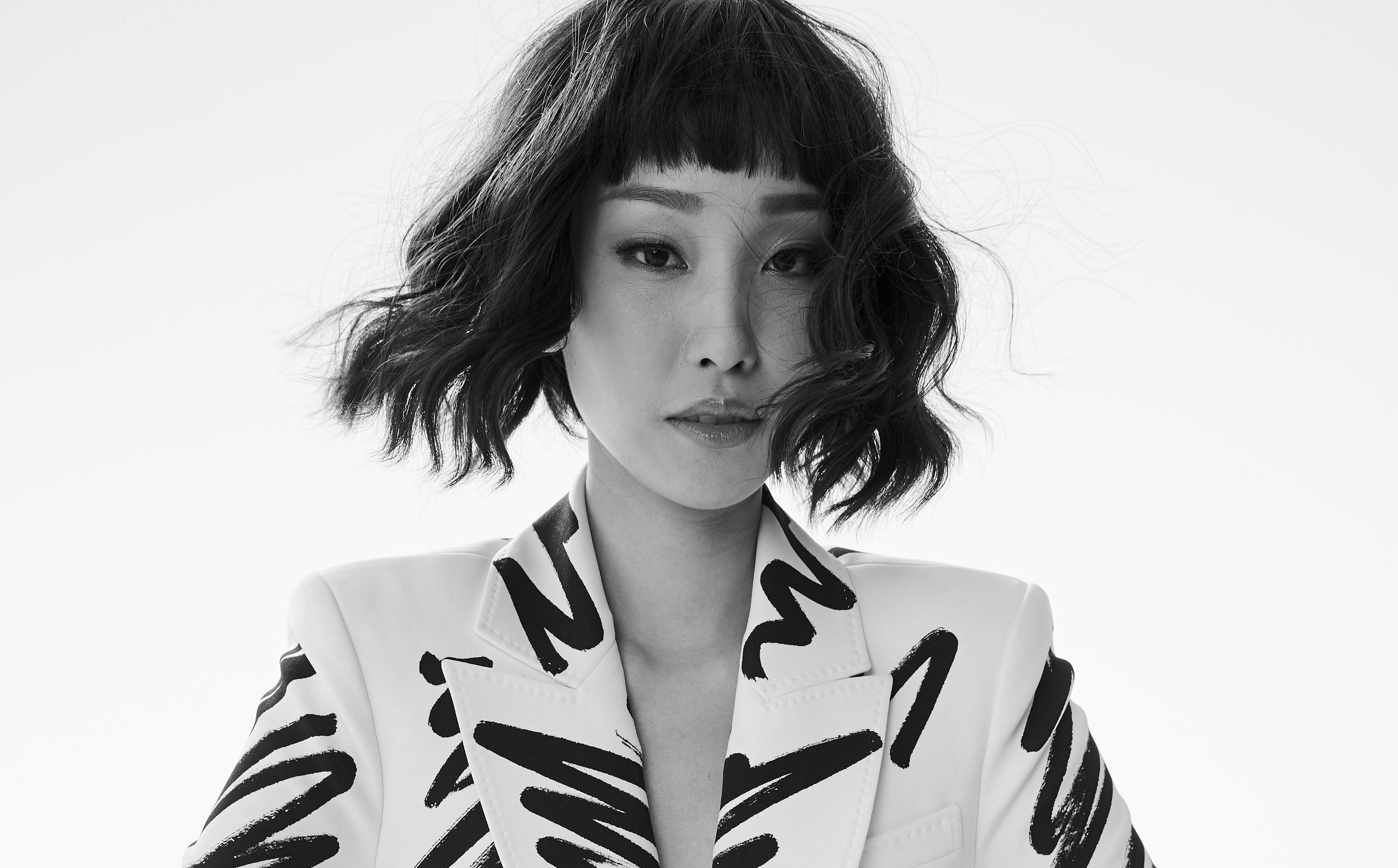 Today, she’s one of the lead actresses in local television drama Lion Mums. It’s her big break on the local scene, and long overdue. The Nanyang Academy of Fine Arts theatre graduate spent five years going for auditions, and while she got the occasional hosting or commercial gig, TV serials and movies were out of reach.

She had plenty of moments of self-doubt, wondering if she was cut out for the industry. So much so that she quit being a radio presenter at 98.7 FM and Lush 99.5 FM after two years to focus on a corporate job.

Believe it or not, Constance was an insurance agent for those five long years in acting purgatory. It provided financial security, but also the flexibility to attend events and three or four auditions a week. If you do the maths, that’s a lot of rejection over five years. “I had this doubt that maybe I’m not good enough, that’s why I wasn’t getting the roles,” she confides. Directors would give feedback for not casting her, but sometimes it would just come down to Constance not embodying the character’s look.

But once she quit her radio job, Constance confessed to hating the insurance work. It was, as she described, a pretty dark time. “I wasn’t getting substantial work. Commercials are superficial because they don’t help you hone your skills,” she explains. “I was trying to figure out what I would do with the rest of my life if acting didn’t work out. But I didn’t want to come to a point where success didn’t happen for me because I didn’t try. So I kept going for auditions.” 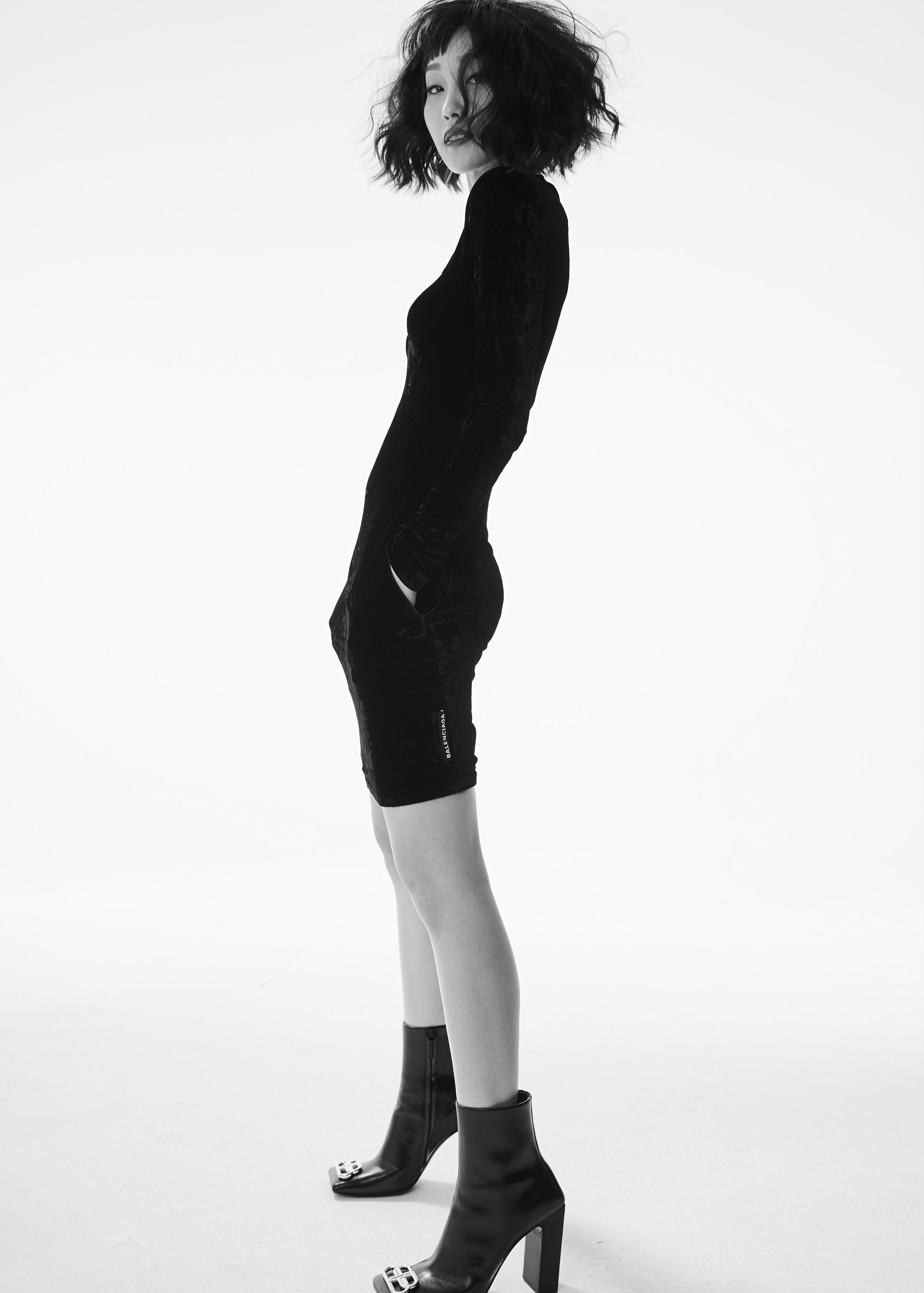 When she scored an audition for Crazy Rich Asians, Constance didn’t get her hopes high. Even when the call came that she had got the role, her reaction was muted.

“My manager said, ‘you don’t sound excited’,” she admits. “But I just couldn’t believe it. It was so surreal. For the first time in my career, I felt like I had achieved something.” Two months of filming ensued, where she worked with a local and international cast, gained a wealth of acting experience and, most importantly, a confidence boost. Director Jon Chu’s validation signalled that she did have something in her that was wanted and valued. “Now I tell myself that I’m good, rather than that I’m not good enough.”

A year of recalibration

It sounds like a Cinderella story, we tell her. But amid the CRA hype, it wasn’t all rosy. After the shoot wrapped, Constance still found herself at a low ebb. When prodded gently, she cautiously reveals that she was going through a difficult time with her then relationship. She doesn’t say more, but it’s clear from the sudden gravitas that settles on her usually animated features that it was pretty hard going.

She had quit her insurance job to shoot the movie. The loss of a usual source of income meant she had to rely on her savings and the occasional hosting gig for a lean 14 months before any of the anticipated exposure from the film release would pay off . She wanted some perspective and an added purpose to life, so she took up a friend’s suggestion to do volunteer work.

On Saturdays for the past two years, she has helped to give food to low-income beneficiaries through Apex Redhill Food Distribution. “It feels good that I’m using my able body to help those who are not able,” she explains as she talks about her regular visits to an elderly blind man. “He’s so contented with life. And it made me realise that we take so many things for granted. There are so many bigger problems that other people face.” Six months later, she got her mojo back.

From global to local

Constance finally landed an opportunity to act in a Toggle drama series – only to turn it down because it clashed with CRA’s premiere. (I mean, you would...) For her, it was a no-brainer decision. “How many times do you get to represent Singapore in a Hollywood film? It’s an experience that money cannot buy. I can always act in another local drama.”

It would prove prophetic: A month after her red-carpet appearance, she received a call through Fly Entertainment from Jean Yeo, creator of Lion Mums. Auditions were held, and the role was hers.

Lion Mums 3, a 20-episode series to be released in April/May 2019, is Constance’s fi rst TV drama series. She plays Grace, a woman she describes as “very no-nonsense, very focused, very diff erent from me”. Grace is the principal of the school the titular characters’ children attend, who oozes “CEO vibes”. Constance recalls: “On set, they would remind me to ‘take out Constance, bring in Grace!’ She has this stature, whereas I’m very chill, very relaxed.”

For research, she spoke to several schoolteachers, including her sister, who worked in a school for autistic children. It would prove valuable, as Grace has interactions with a young student with autism.

But the more dissimilar a character is to her, the more Constance relishes the challenge. It was the reason why she wanted to be an actress in the first place. Her love for acting started in primary school, where she had taken drama classes. “Life as a student was so mundane and regimented,” she says. “Acting meant I could be a diff erent person.” Now, she’s always looking for roles that challenge her. “I like to be pushed out of my comfort zone and do roles that are not expected. For example, I would love to portray a prostitute,” she shares. “To go through diff erent emotions and see life through a new perspective.”

Jack of all trades, master of all

On the set of the photo shoot, she’s as chameleon-like as her roles: languid in an ethereal dress; powerful in a monochrome suit; and boogieing to music in an all-black ensemble.

We point out that she might be a fl edging starlet, but she’s worked in many segments of the industry: hosting, commercials, radio, TV and a Hollywood movie – what else would appeal to her?

“I would love to do a travel show!” she exclaims. “Just travel the world, try new things, and eat different types of food.” We’re not surprised, considering that Constance confessed earlier to eating 10 meals a day while vacationing in Penang, and showed us pictures of the amazing Japanese dinner she had the night before. For someone so svelte, she sheepishly admits she doesn’t know where she puts all that food.

But abruptly, she sidetracks. Her eyes expand. “Oh my god. Did you hear about the shirtless beancurd seller in Taiwan?” The what? Google has the proof – there is indeed a beancurd seller-slash-model in Taiwan who peddles his puddings sans shirt.

And we’re off, imagining a show where Constance travels around the world pointing out foodie hotspots and, well, the occasional eye candy.

The exciting thing is that it could happen. After all, whatever Constance wants, Constance eventually gets.

WATCH: CONSTANCE LAU ON HER CAREER AFTER CRAZY RICH ASIANS

This article was first published in the magazine's April issue.