What happens when two filmmakers meet? Talk about films, what else – and much more in this special Q&A session between award-winning filmmaker, playwright and author Ken Kwek and rising film director Nicole Midori, who is working on her next project 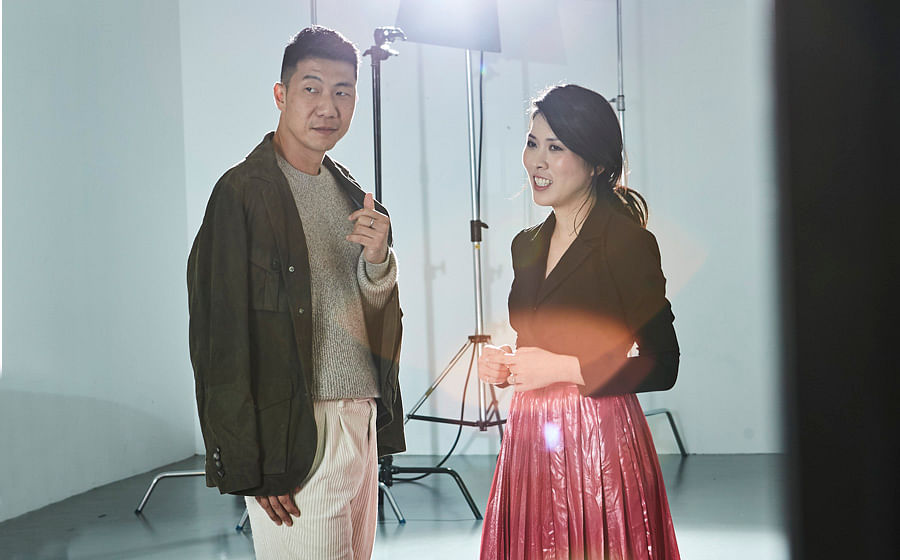 Ken Kwek: Hello, Nicole! How did you find the photoshoot? I found it surreal, stepping into the shoes of the metrosexual I’m not. But let’s get down to the stuff that truly excites us: movies! How did you get into filmmaking? Was it something you’d always dreamt of doing professionally?

Nicole Midori: It started with graphic novels, I started reading them when I was seven. In my early teens I began drawing my own narratives and going to an uncle’s shop in the neighbourhood that rented LDs (Laserdiscs) and DVDs.

It was from what my dad rented that I first discovered a whole gamut of films, from mainstream classics to arthouse fare. Later on, I’d borrow DVDs from the Esplanade Library and watch films every week.

I was also really into music. The idea of creating something original was something I relished, despite the long process (of that creation). I guess from music and writing, it evolved into drawing and photography and then eventually to filmmaking.

Ken: How old were you when you wrote your first story?

Nicole: I think I wrote my first short story when I was 15. Before that, I was also influenced by music from playing in my school military band.

Later on, doing science subjects at National Junior College would become the most frustrating two years of my school life.

It made me turn to playing saxophone in the school band as a form of creative escapism.

Everything else felt bland. I felt a strong pressure to conform to academic norms and expectations but JC really killed my love for the sciences and after those two years I told my parents I’d had enough and wanted to go to film school.

Nicole: Yes, I did Digital Filmmaking at ADM (School of Art, Design and Media). You know I mentioned discovering films through rental LDs and DVDs?

That was the beginning of a long addiction to films, but when I tried showing Ingmar Bergman’s Scenes from a Marriage and Dreyer’s Joan of Arc to my parents, I think they were horrified!

I ended up being inspired by Scenes from a Marriage for a short film workshop at uni. I even put my parents in a film I did for that workshop.

Ken: (Laughs) So in spite of their horror, you put your parents in front of a camera. Did you interview them as subjects, like in a documentary?

Nicole: No, I got them to act. They played themselves, re-enacting some of their conflicts.

Ken: That’s quite incredible. Why did you choose to do that?

Nicole: When  I was in my second year at film school, my directing mentor was Malaysian filmmaker Tan Chui Mei.

I was 19 and meeting a female mentor like Mui was a turning point for me. She taught us how to tap on our real stories and be brutally honest with ourselves.

That’s why I decided to use my parents in my film.

Ken: Was it a way of developing a method of working with non-actors?

Nicole: When I was in film school, I realised I worked very well with both actors and non-actors. It felt very natural coaxing performances out of them.

For me it was a combination of using sense memory and improvisation, pulling from one’s own emotional memory to intensify my connection to the material.

I believe directing is about connecting fictional material to what a person has gone through in real life.

I do believe that if you’ve never really experienced some sort of pain in your life, how can you understand how to portray it on screen, vividly and honestly?

So I do try to mine my own personal encounters, even though they may be horrific, or dark, or inflict pain. I endured some especially tough tribulations and trauma in 2011.

That’s why if you look past my first short film Kitchen Quartet (2010), all my films gravitate towards the dark.

Ken: But they’re also beautiful and humane. They’re about human connection rather than alienation.

Nicole: I’m an introverted person and, given my rather strict Catholic upbringing, a sense of self-questioning and fatalism does pervade my worldview.

But filmmaking forced me to confront my own experiences and demons, and also allowed me to connect with others.

When I made For We Are Strangers (2015), a few of my collaborators revealed their own stories of sexual trauma after I’d shared my own.

We were creating something together whilst negotiating our individual experiences.

Nicole: For Permanent Resident, I gave myself a bit more distance.

ALSO READ: THIS SINGAPOREAN FEMALE FILMMAKER WANTS TO GROOM THE NEXT GENERATION OF FILMMAKERS