The achieving woman's guide to...networking the modern way and be really smooth at it

Stash your name cards, but bring your game. The next gen of networking sessions offers hackathons, soapbox shoutouts and parish-like call and response. If you’re still thinking of making awkward small talk, these may not be for you 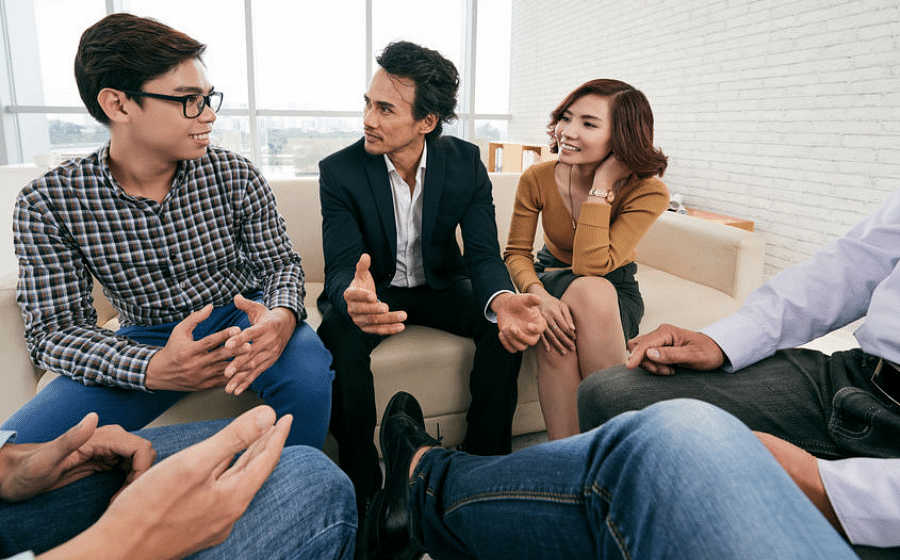 If awkward small talk isn't your thing, check out our list of the best new ways to network in Singapore. 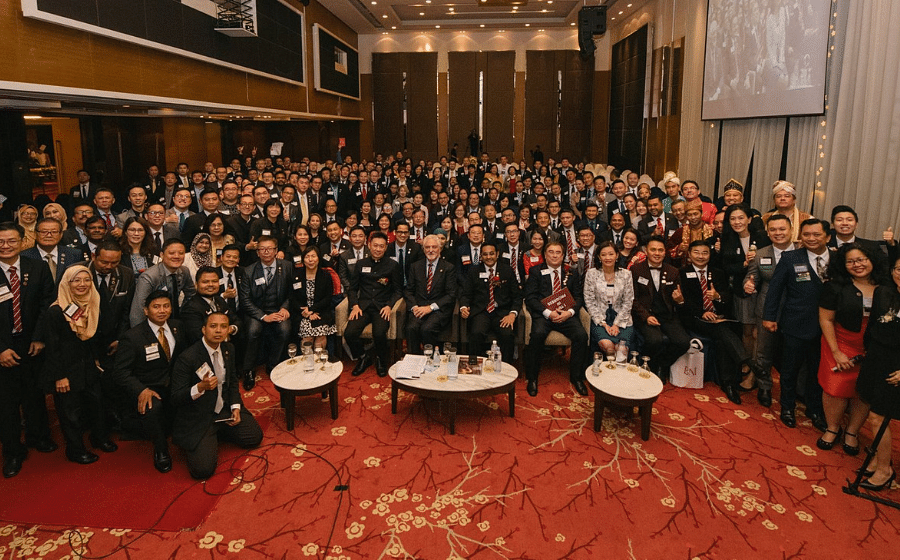 BNI conducts weekly meetings where members agree to help one another through referrals. But there’s a catch: Only one member from each profession is allowed in each chapter. In other words, if you’re a lawyer and there’s already a lawyer in the chapter, you have to find another one. You can find a list of all the chapter members’ occupations at www.bni.com.sg. This is how it goes down: At 7.30am each Thursday, the local chapter called Steadfast (there are 27 others in Singapore) will begin its two-hour meeting in a movie theatre in the middle of town. Here, I see a cheery group of about 60 members, mostly entrepreneurs, business owners and representatives, being boisterous and lively – it is 7.30am. But hey, attendance is mandatory.

The president of the chapter, Victor Wong, gives a quick introduction and does a roll call. All his “camp commanders” stand up to address the crowd – we whoop and cheer for each of them.Then this happens: Everyone does a 30-second pitch about their business and what customers they’re seeking. An image consultant tells the crowd how she can transform a client’s life through styling and grooming; a laser tag company owner extols the benefits of the game for team bonding. Then later, members stand up and announce whom they have referrals for, and name the new deals they have made through referrals. More applause.

There’s an app for it, too. Members can see a tally of how many referrals each has received and given, how many deals have been made and how much the deal was worth.

An outpouring of praise for BNI (“Thanks to BNI, my business boomed!”) follows each “testimony”, tinged with fervour and genuine gratitude. Finally, visitors are invited to give a 15-second pitch (“Hi everyone, I’m a writer. Thanks for having me” only takes three). When we’re done, a lucky draw ensues.

The morning’s events leave me perplexed and overwhelmed. How is it possible to be so fired up and dedicated week after week, and is it worth it? According to Steadfast member Lai Han Sam, her chapter has exchanged more than 12,000 referrals and $53 million worth of business in the last six years. So, paying it forward does seem to work for the members.

As a guest, I escaped the $1,000 joining fee with a visitor pass that cost $30. A monthly fee goes to the running of meetings and to BNI; it is, after all, a for-profit international organisation. Han Sam insists that the cost further motivates members to be more active in their chapter. Though no official rule determines how many referrals you need to make, there seems to be an internalised moral code that compels each member to contribute.

2. Go deep with strangers at a hackathon 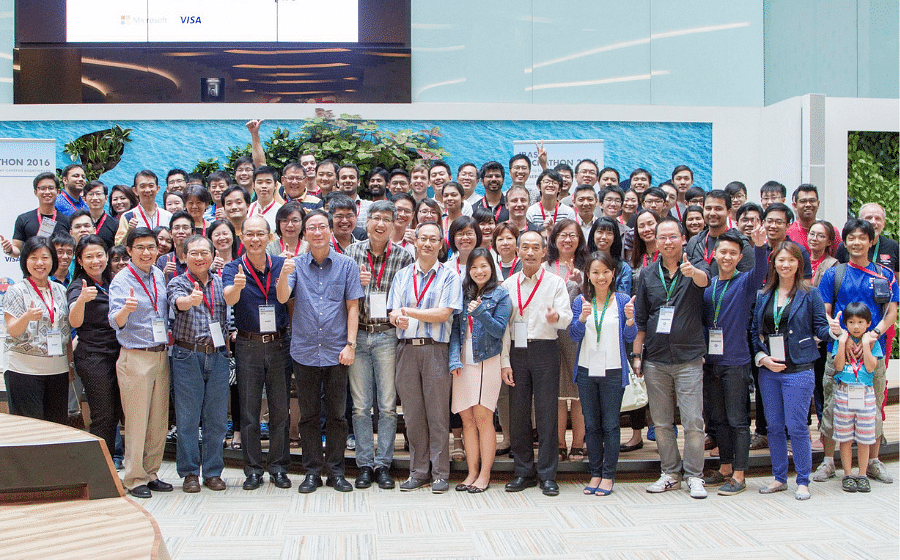 Win prize money for solving a problem faced by an organisation or corporation, and meet new people while you’re at it. Participation is free and no coding know-how is required. If that sounds like a good deal, then a hackathon is for you. A simple Google search will turn up many hackathons throughout the year that are open to the public.

Each event, which happens over several days, tackles a specific challenge. For example, the objective could be to design a programme to reduce rates of diabetes, or create an app to aid the delivery of government services. An average of 20 teams of four to five people compete to come up with the best solution.

While specific topics such as health care might draw people from within the field, techies, entrepreneurs and students also form a large proportion of participants. Of course, the events are most useful if they are directly relevant to your profession. For example, if you were a nurse, you’d benefit from going for a health care-related hackathon.

“We facilitate team formations to bring like-minded people and diverse skill sets together,” explains Qing Ping Lee Lim, project manager at Padang & Co, an open innovation company behind hackathons such as Leap for Good and the Workforce Singapore Hackathon.

During the mixer at the start of the programme, you get to know the other participants and team up with those who have something different to bring to the table, such as programming or graphic design expertise. Everybody is friendly and enthusiastic about the challenge, so it’s easy to break the ice. Throughout the competition, you’ll attend talks by experts and workshops with topics like basic computer languages or design thinking, while working intensely with your teammates on your proposal.

On the final day, each team presents its ideas, and the winning idea gets a cash prize. Even if your team doesn’t win, you walk away with close allies and useful contacts for future references.

ALSO READ: IS YOUR COLLEAGUE SPREADING RUMOURS ABOUT YOU? HERE'S HOW TO DEAL WORKPLACE BULLYING 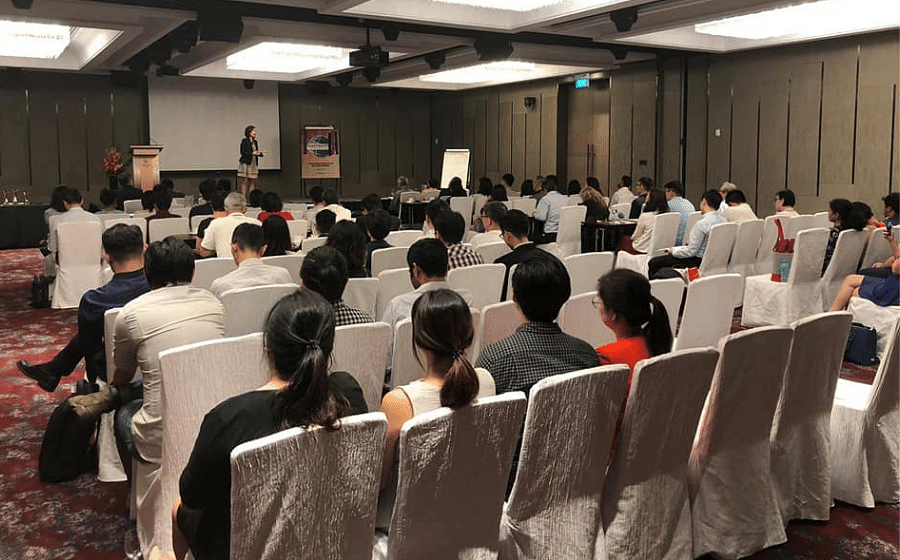 Toastmasters clubs seem pretty stodgy and old hat, compounded by their more than 80-year history and adherence to rules: Be punctual, follow the agenda, and undergo regular evaluation. However, veteran (and young) toastmaster Hyder Taufik, 26, tells us the system isn’t so rigid these days.

“Millennials have created our own norms, we put our own spin to it.”

Meetings are usually held in the relaxed atmosphere of a neighbourhood community centre. Still, the benefits of joining the longstanding organisation remain, adds Hyder, who is a performance coach by day.

Young, entry-level professionals stand to gain an edge over their peers, even if they don’t need to learn public speaking skills. You meet a lot of top-level executives, as well as technical people such as engineers, who are there to learn how to be more effective leaders. About 50 per cent of the members belong to Gen X, and Hyder has got to know many useful contacts and potential mentors here.
Chapter meetings are standardised, though individual chapters decide their frequency. A sergeant at- arms calls the meeting to order. The president gives an opening address, then four members make prepared speeches and receive feedback from senior members. Cue polite applause.

Thereafter, a 15-minute segment allows anyone at the meeting, including visitors, to volunteer to give an impromptu speech based on a topic given on the spot. In between, there’s plenty of small talk and, yes, networking – these regular meets do build feelings of camaraderie.

“There’s a sense of fellowship and community in our club,” says Hyder. “So it forms a very strong support network.”

To join, register at www.toastmasters.org. Singapore has close to 200 chapters, with varying group sizes. Fees are $100-$200 a year.

ALSO READ: 4 USEFUL NETWORKING TIPS THAT WILL HELP YOU NETWORK LIKE AN EXPERT