Sex harassment at work: Manager placed his hand on her butt late at work

The same guy had also touched a colleague's breasts

Samantha, 28, was shocked and speechless when her senior manager placed his hand on her buttocks one night when she was working late.

After realising the extent of his predatory ways, the women in the technology start-up banded together to complain to their boss.

Said Samantha (not her real name), now an events executive in another company: "We were afraid our boss would dismiss the matter, as he is the boss' pet. But the boss investigated and fired him. I was so relieved but also afraid he would take revenge on us."

Across America and Britain, a series of powerful men, especially in entertainment, media and politics, are falling from grace after being accused of sexual misconduct in the past month. About 100 women, including big-name actresses Gwyneth Paltrow and Angelina Jolie, have spoken out against movie mogul Harvey Weinstein's predatory behaviour.

Actor Kevin Spacey was dropped from the popular drama House Of Cards on Nov 3 after it emerged that he had allegedly made sexual advances towards actor Anthony Rapp decades ago and was accused subsequently of sexual misconduct by more than a dozen men. 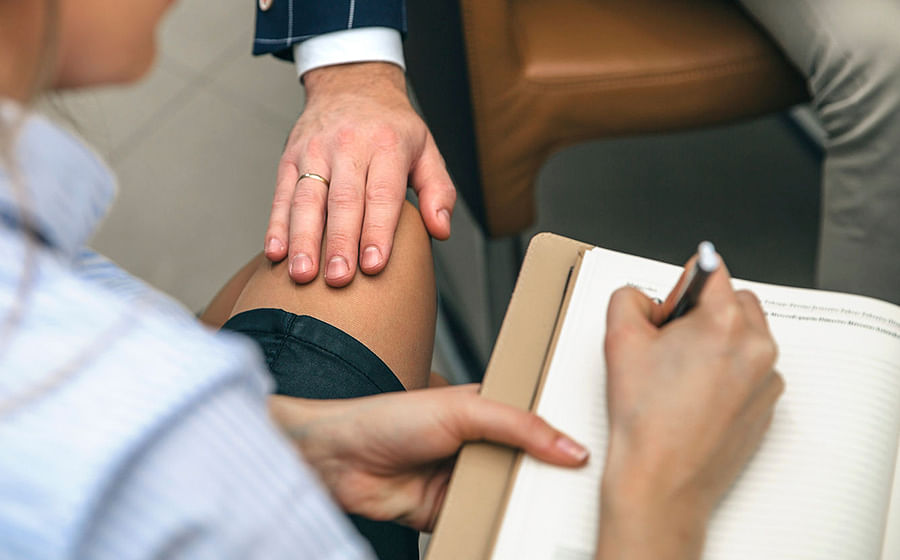 In Britain, about a dozen politicians have been accused of sexual harassment in recent weeks.​

Such harassment at work, however, is not confined to the West. Human resources experts and lawyers in Singapore say it is not uncommon here but they do not know the extent of its prevalence.

But there are some indicators. A survey in 2008 by the Association of Women for Action and Research (Aware) found slightly over half of the 500 people polled had experienced some form of sexual harassment at work. This ranged from receiving sexually explicit messages or content to being touched inappropriately and, at its worst, rape.

In the first six months of this year, Aware, which runs a centre that helps people who were sexually assaulted, received 35 calls on workplace sexual harassment. Last year, it received 74 such calls for the year and the year before, 56.

Another indicator is the applications for protection orders under the Protection from Harassment Act (Poha). Last year, there were 96, a notable drop from 159 in 2015. The State Courts, however, do not distil the figures to set apart cases involving sexual harassment at the workplace.

And a group of entrepreneurs in the technology sector here wants to collect more data on the extent of the problem, by starting an online platform for people to share their experiences of harassment without compromising their safety while finding support from others. 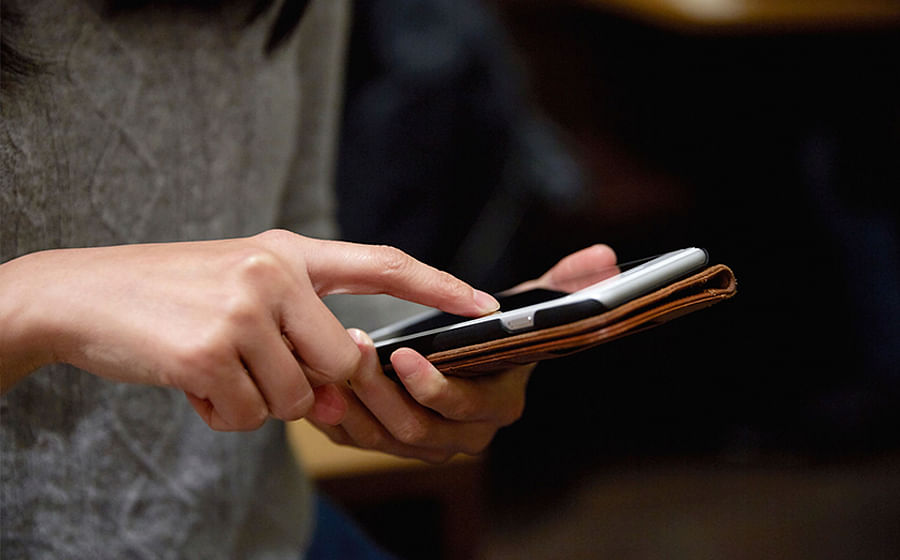 Mr Florian Cornu, one of the people behind the project, says the group is still working out the details but hopes the website can go live by the end of this year.

He said: "This is a problem that will not go away in six months. We want to bring about more transparency on this and educate people that harassment is unacceptable and is not okay."

While men preying on women subordinates form the bulk of the culprits, experts interviewed by The Straits Times say a quiet minority of victims are men hit on by other men or women. Often, the aggressor is the boss, but harassing behaviour by a client or colleague is not uncommon.

Lawyer S. Suressh of Eversheds Harry Elias recounts a hotel's senior executive who would summon his staff to his room and greet them in a bathrobe. He did it to several women and they complained. He was sacked.

In the past year, a high-profile case of workplace sexual harassment involved former chief executive Edmund Kwok of the National Kidney Foundation. He was sacked over a "personal indiscretion" involving a male employee last November.

HR experts say that in the past few years, there has been a greater acknowledgement of the problem and, generally, HR departments are more ready to take action when they receive such a complaint.

In 2015, the Manpower Ministry, the National Trades Union Congress and the Singapore National Employers Federation issued an advisory to companies to advocate for zero tolerance of harassment. 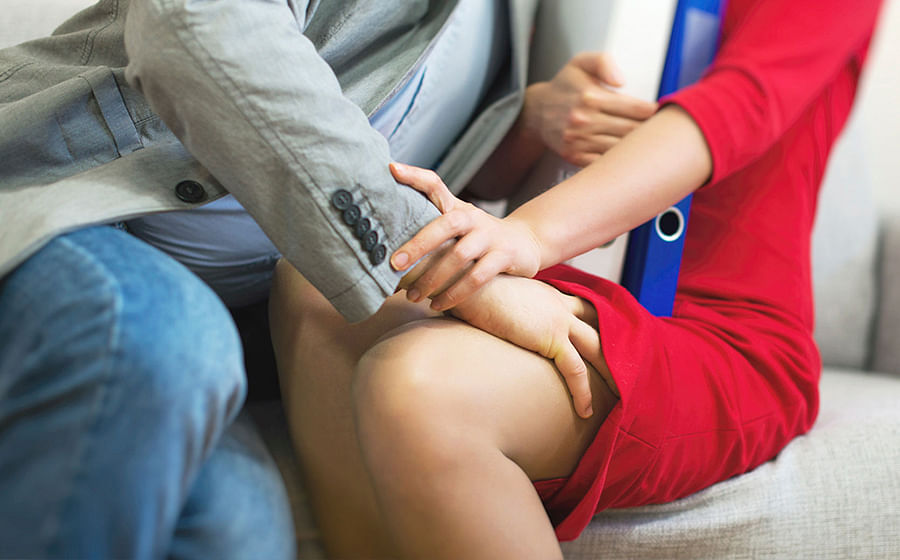 The three organisations suggested measures that firms could adopt, such as a hotline for victims and better training for HR staff to deal with such cases.

Singapore Human Resources Institute president Erman Tan said: "In the past, people may sweep it under the carpet as it is a touchy topic and the HR may not be trained to handle such complaints. But increasingly, companies are realising that avoiding it will not solve the problem."

HR consultant Arthur Khong said he believes many firms still do not have a workplace harassment policy, despite the tripartite advisory.

The lack of such policies deters staff from reporting the harassment to their HR division, an Aware spokesman said, because they feel their complaints may not be taken seriously. They also fear losing their jobs and other repercussions. So many choose to keep mum and quit instead, said those interviewed.

But the #MeToo movement, with Hollywood actress Alyssa Milano urging victims of sexual harassment to tweet "me too" to show the magnitude of the problem, may have broken the veil of silence surrounding the issue.

What victims can do 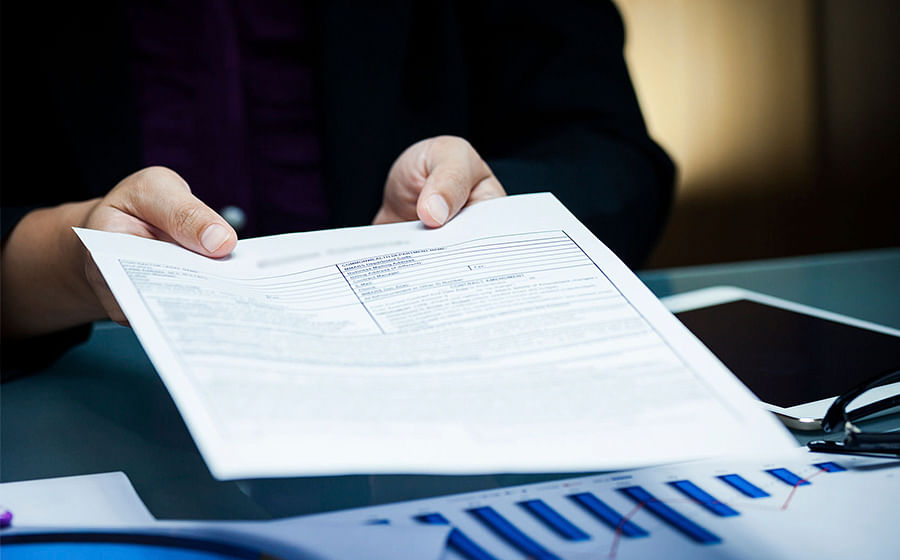 Singapore Human Resources Institute president Erman Tan encourages those who have been sexually harassed to report the harassment to their human resources department.

He said: "Our stand is to encourage people to speak out, not only for themselves but also for their colleagues. But the decision is up to the individual, given all the considerations the person has to deal with."

HR experts say if a crime, like molestation, has been committed against them, they should go to the police.

For those looking for counselling and support, they can contact Aware's Sexual Assault Care Centre.

They can call its helpline on 6779-0282 on weekdays from 10am to midnight. They can also visit its website at www.sacc.sg

This article was first published on The Straits Times.

ALSO READ: HOW TO DEAL WITH WORKPLACE SEXUAL HARASSMENT – IT’S NOT JUST A WEINSTEIN OR HOLLYWOOD PROBLEM