A fan of Westlife or like stand-up comedy? You'll love all the exciting events happening in August

August is a long one, with 31 days, but they’ll fly by with these social events in your calendar 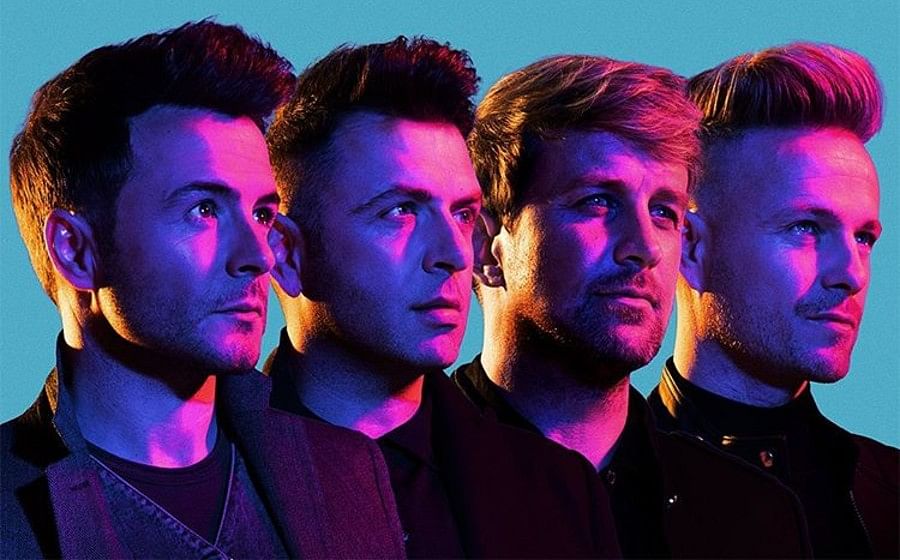 Your wait is over: August is finally here and you’ll get a nice four day-long break thanks to National Day (Aug 9) and Hari Raya Haji (Aug 11). Can we all say “Hooray!”? Although we totally get it if you want to simply enjoy your long-awaited (and much-needed, to be honest) rest by doing absolutely nothing at home, here are 15 events in August that might entice you to change your mind.

From theatre shows and choral performances to the beloved Singapore Night Festival, 31 days of the month will fly by real quick. 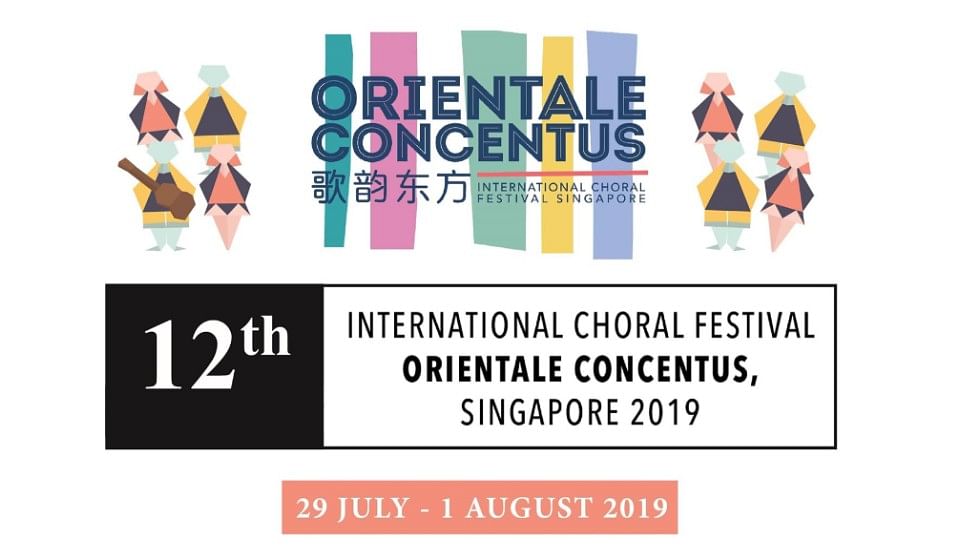 If you love choral music and a good bout of competition, the International Choral Festival is an event you won’t want to miss. The musical extravaganza brings together top teams from around the world, including countries such as Czech Republic, South Africa and Indonesia. The four-day competition culminates in the final Grand Prix Concert on Aug 1 at the Esplanade Concert Hall, where you’ll be treated to a night of melodic voices as they battle it out for the prize of S$10,000. Tickets cost $29 each via Apactix. 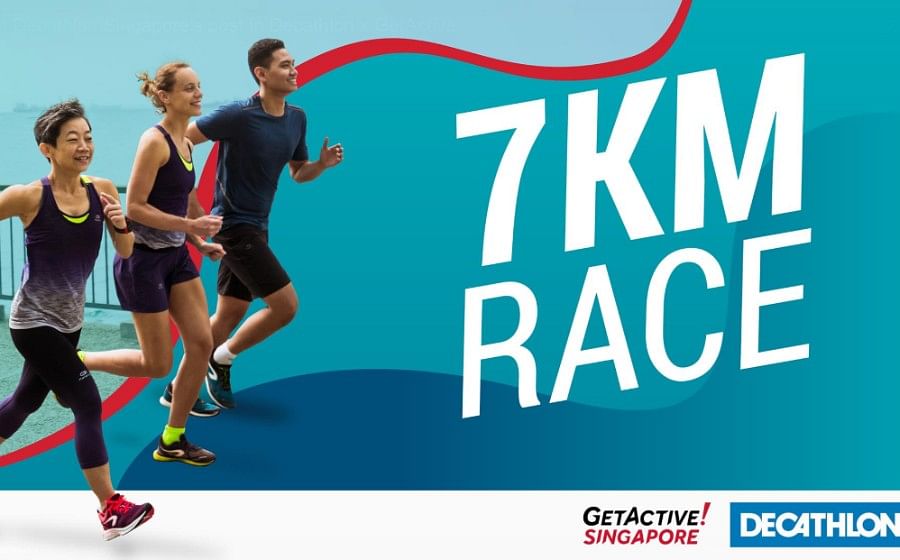 Known for its affordable sporting equipment and sportswear, Decathlon is partnering with GetActive! Singapore to host a 7km race along Kallang River in the vicinity of the Sportshub and the Singapore Indoor Stadium. The race will start at the Decathlon Singapore Lab at 230 Stadium Boulevard, so get your running shoes ready, channel your inner athlete and enjoy the view while you work up a good sweat.

In addition, Decathlon won’t be giving a medal of completion as they aim to be “the most eco-friendly race”. Race registration starts from $30 for a single person via Decathlon’s website.

Mental illness is not a buzzword, but a real condition that can afflict anyone. Born out of an interview with 20 actors who had or are going through mental health issues, Acting Mad was created to shed light into the misunderstood condition and debunk the surrounding stigma.

The production team’s goal is simple: “Can sharing our stories, and creating theatre, be a form of solace and support?” We’d like to hope so. The show is free-seating and tickets cost $28 each via Sistic.

Set at Wild Rice’s new theatre space in the revamped Funan shopping mall, Supervision follows the life of Teck, a 71-year-old grumpy retiree, as he is cared by his daughter Jenny and domestic worker Yanti. This play created by Thomas Lim aims to look at the realities of an ageing population and it asks questions such as: Would you give up the things you enjoy in exchange for a few more years?

Does working in someone else’s home mean giving up your right to privacy? And to what lengths would you go in order to watch over someone you love? Tickets cost upwards of $40 each via Sistic. 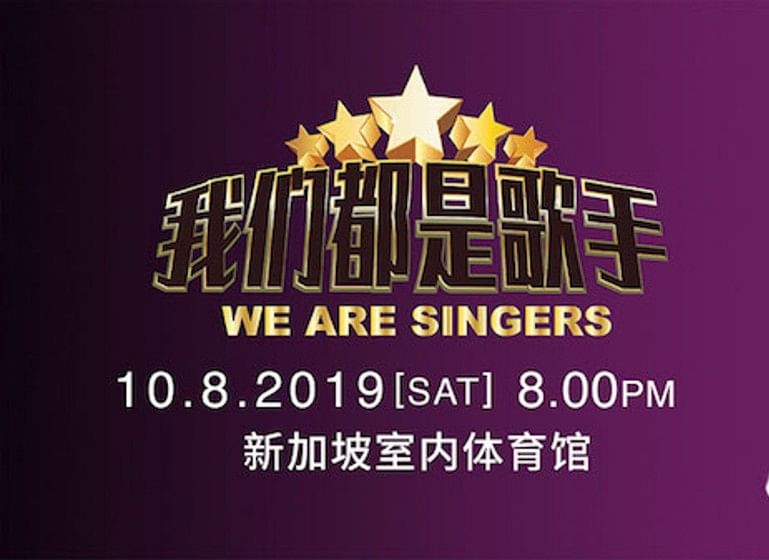 If you’re like us and you can’t get enough of Chinese singing competition show I Am a Singer, where established Mandopop singers battle it out for bragging rights, then this concert We Are Singers is a treat you can’t pass up.

Three Taiwanese singers Liang Wen Ying, Xu Jia Ying and A-Lin will be performing at the Singapore Indoor Stadium and you can be guaranteed a night of powerful vocals and heartfelt singing.

Tickets cost upwards of $108 via Sportshubtix.

Grew up listening to Westlife’s If I Let You Go, Queen of My Heart and Unbreakable and know the lyrics to all of its catchy songs? We won’t judge. We’re just saying you should pencil this into your calendar, stat. Irish pop boy band Westlife will be coming to Singapore to celebrate its 20th anniversary with a one-night only concert at the National Stadium. Bring along your girlfriends and get set to bask in the past as Nicky Byrne, Kian Egan, Mark Feehily, and Shane Filan serenade you with their smooth-as-silk vocals.

Tickets cost upwards of $108 each via Sportshubtix.

Local comedian Hossan Leong is turning the big 5-0 this year and he’s inviting you to celebrate with him at his show at the Drama Centre Theatre. Known for his comedic takes on current affairs and local culture, Hossan will be treating the audience to a night of laughs as he sings and quips about living through six tourism slogans, three recessions, two international airports and one government.

Hossan has also mentioned via his social media that this production will be his last one-man standup show.

Tickets cost upwards of $55 via Sistic.

Trevor Noah is a South African comedian known for his satirical news program The Daily Show on American cable channel Comedy Central as well as his razor sharp wit honed through stand-up comedy tours. His autobiographical book, Born a Crime: Stories from a South African Childhood, is a bestseller and is currently in the works of becoming a movie starring Lupita Nyong’o.

Both of his shows are sold out (the second was added after the first saw tickets snapped up within hours), but if you are one of the lucky few who got one, you can expect a night of hilarious quips, spot-on impressions and critical commentary.

Tickets cost upwards of $98 via Sistic.

ALSO READ: HUNGRY? HERE ARE 15 PLACES YOU CAN EAT AT THE REVAMPED FUNAN