Get fit after all that feasting
Health & Fitness

Here's why you should eat antioxidant foods

Eating healthy is tricky when your busy schedule makes cooking a hassle and eating out a daily affair. But sneaking these antioxidant foods into your diet is an easy way to make your next meal choice a much healthier one 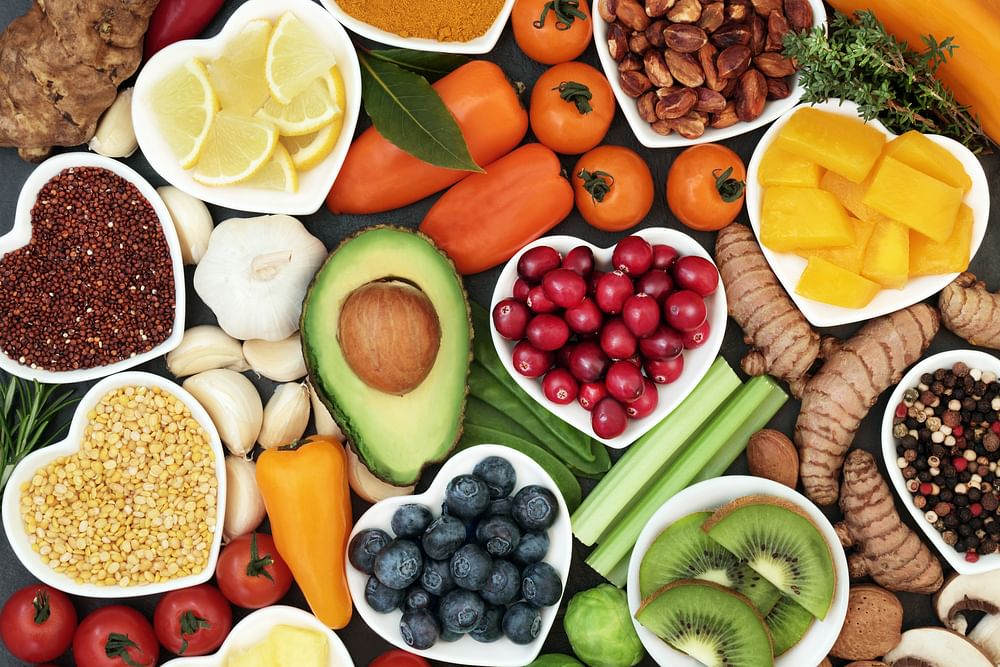 Antioxidant-rich foods are known for their ability to buffer your cells against adverse substances that can lead to heart disease, cancer and other diseases.

Tobacco smoke and radiation are some of these substances, formally termed as ‘free radicals’ which you can get exposed to anywhere and anytime when you are out and about during the day. While our control over our environment has its limits, we can make a difference in taking care of ourselves from these consequential diseases that can really hurt our bodies.

Yes, it might be a hassle sometimes to source for foods high in antioxidants, but fret not! Those on this list are common and easy to find. All you have to do is to keep this in mind when deciding your next meal or dessert. 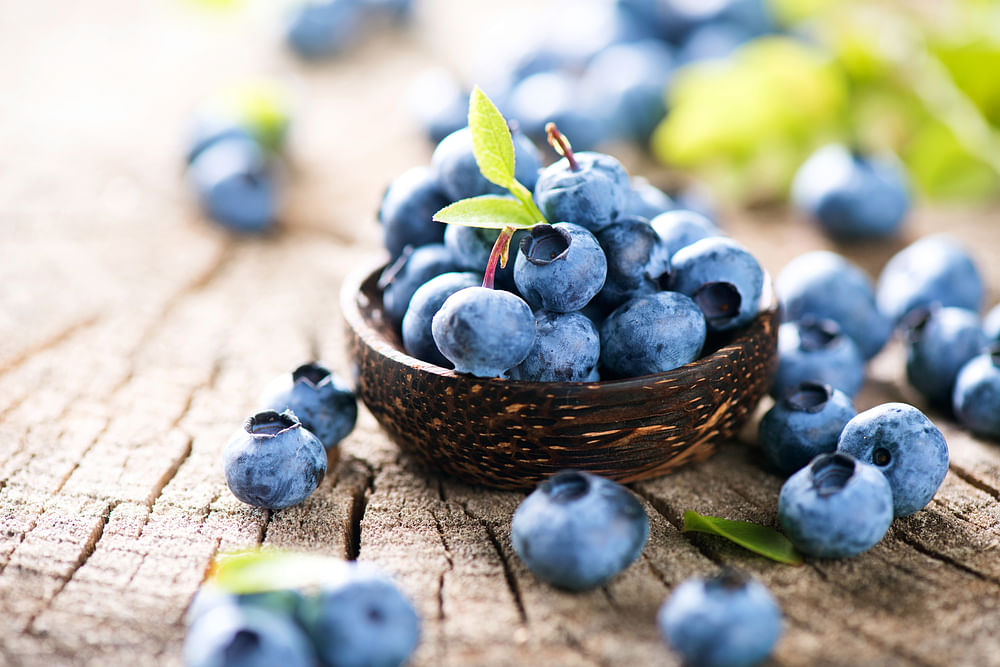 Blueberries are known to have one of the highest antioxidant levels of all common fruits and vegetables, and contain many vitamins and minerals that are found to strengthen the immune system, such as vitamin C, vitamin K and fibre. They are also packed full of anthocyanins, a type of antioxidant which gives the bright colours associated with fruits and vegetables.

Studies have also shown that blueberries can delay the decline in brain function that usually happens with age as well as improve one’s heart health. 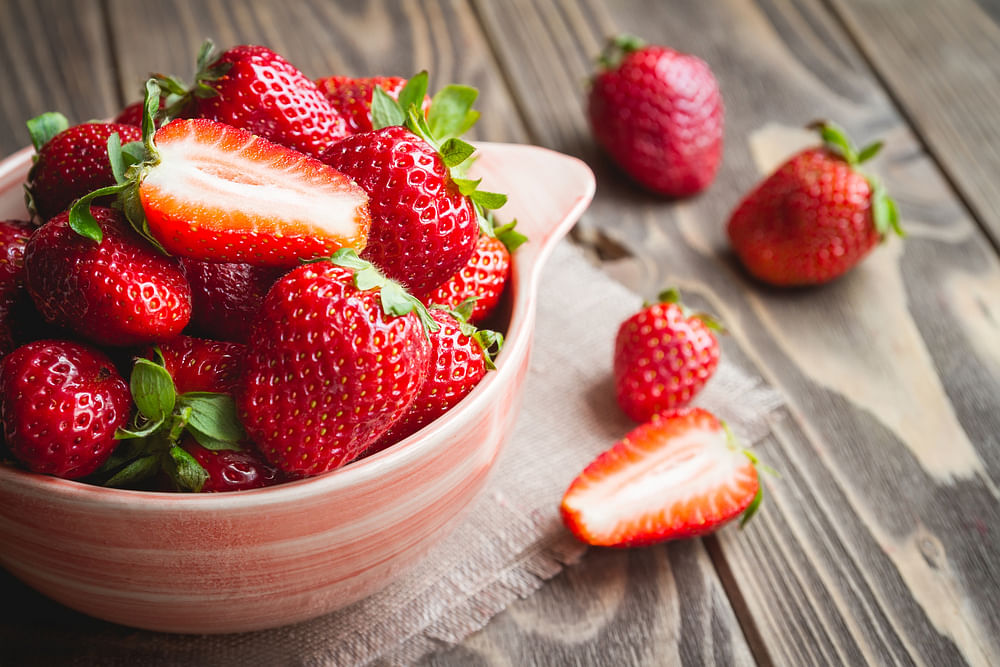 We can safely say that strawberries are one of the most popular fruits on the planet. Used as decoration on desserts, as jams and jellies, and as a topping on frozen yogurts or beverages, strawberries can be found everywhere and can be paired with almost anything. But more importantly, they are a rich source of vitamin C and contain manganese, folate (vitamin B9) and potassium as well.

Strawberries are also rich with anthocyanins, which as mentioned earlier, is what gives them their bright red colour. That means the higher the anthocyanin, the brighter the strawberry. So you know which ones to go for the next time you’re at a supermarket! Other benefits include blood sugar regulation and cancer prevention, thanks to the presence of ellagic acid and ellagitannins. 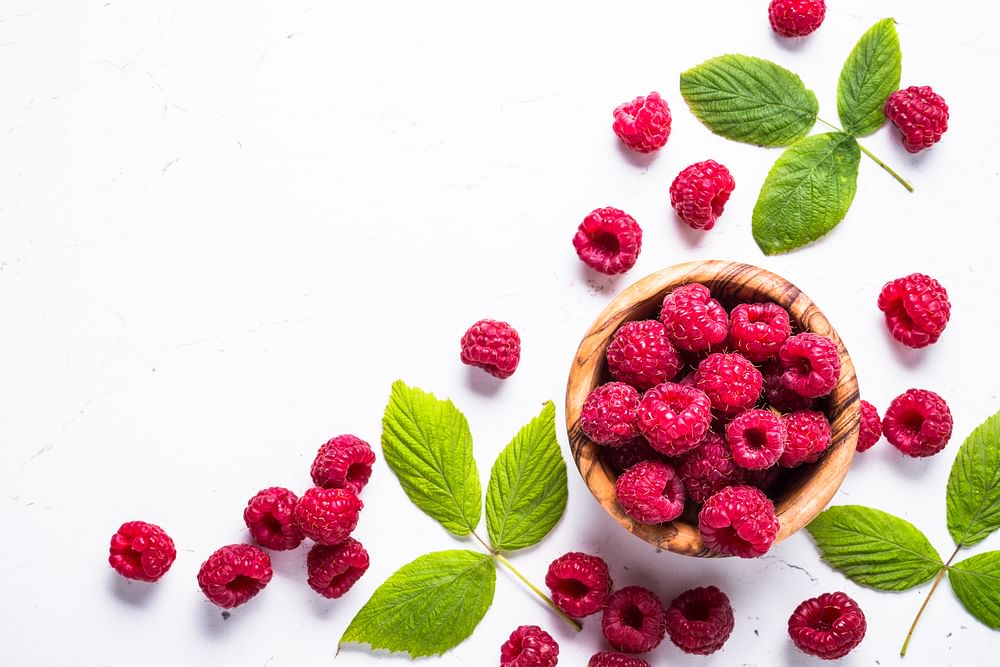 Raspberries are soft, a little sweet and a little tart — which means they go great with desserts, similar to the other two fruits above. But more than a source of dietary fibre, vitamin C and a good ingredient for your new baking project, you might want to consider incorporating the berry in meals particularly for its high antioxidant content, particularly ellagic acid.

Similar to strawberries, raspberries control your blood sugar and has cancer-fighting properties. A 2010 US study found that raspberry extracts killed 90 per cent of stomach, colon and breast cancer cells. Other studies have also shown that black raspberries in particular can delay and suppress the effects of various cancers.

Raspberries also have anti-inflammatory properties which may reduce symptoms of arthritis. Perhaps, this might be all the more reason to opt for raspberries in your future baked goods. 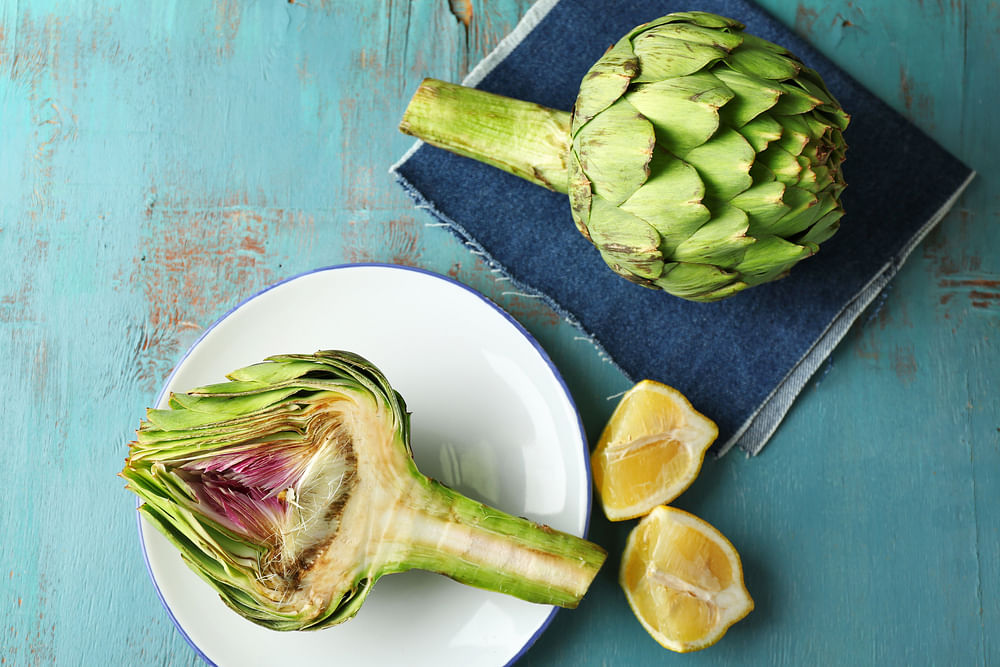 The artichoke is much more common in Western dishes, but the vegetable is so beneficial to health that it pays to include it more often in our Asian diet. It’s loaded with fibre, vitamins and minerals, and is also valued for being a rich source of antioxidants. It contains rutin, quercetin, silymarin, and gallic acid, which are thought to be responsible for anticancer effects. Artichoke leaf extract is also found to have a positive effect on cholesterol levels and your gut health. However, the way you prepare these artichokes do affect the antioxidant content of these greens. Boiling artichokes can heighten their antioxidant properties by eight times, but better yet, putting them under a light steam raises it by a whopping 15 times more. Frying them however, is not only a more oily option but has the risk of reducing their antioxidant content. 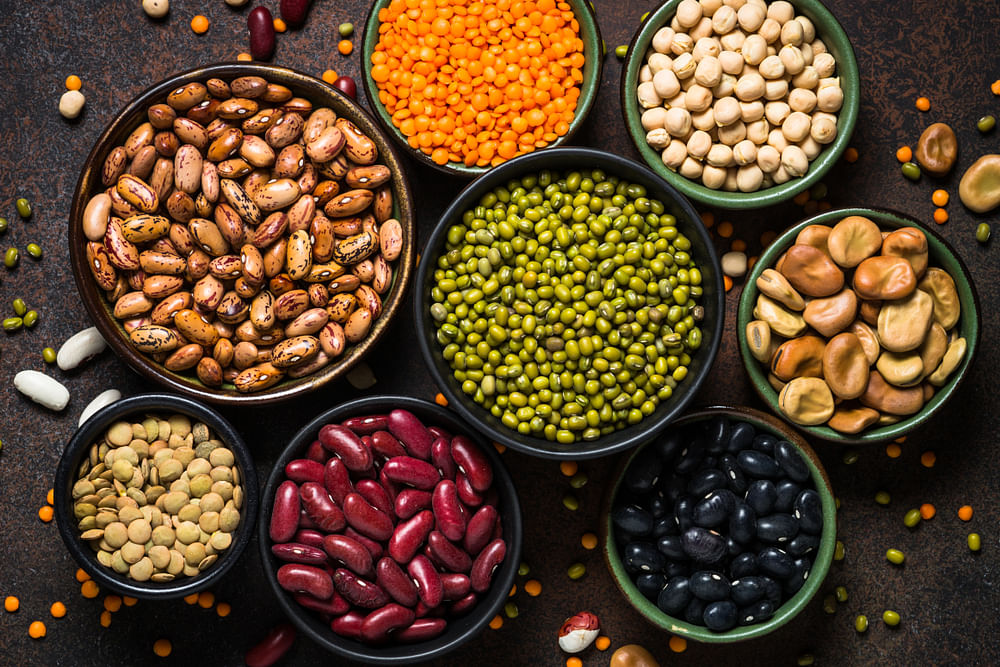 Beans come in many shapes, forms and colours: There are red beans, green beans, black beans, lentils, chickpeas and pinto beans. The latter in particular, which is more commonly found in Mexican cuisine, contains the kaempferol antioxidant, which has links to health benefits such as reduction of chronic inflammation and suppressed cancer growth. Studies have also seen a possible contributory role to the suppression of breast, bladder, kidney and lung cancers. While more research has to be made to confirm these results, there’s no harm in indulging in those beans, am I right? Besides their disease-fighting capabilities, they are also inexpensive and high in fibre after all. 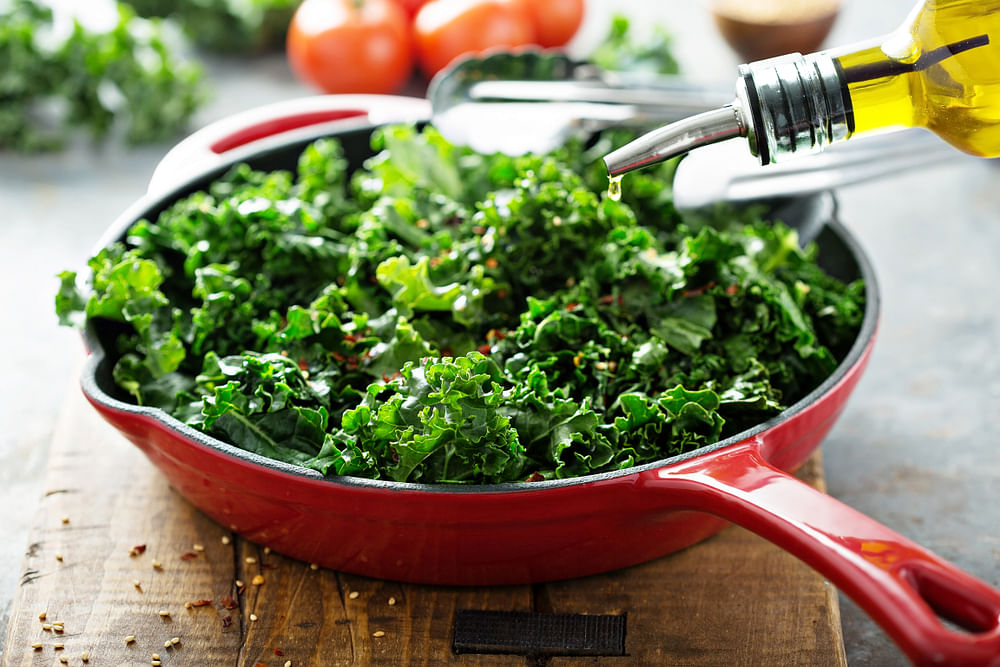 Commonly found in salads, kale is a member of the cabbage family and comes in shades of green or purple. It is one of the most nutritious greens you can consume as it is rich in vitamins and minerals as well as antioxidants, such as quercetin and kaempferol. These antioxidants have powerful heart-protective, anti-viral, anti-cancer and anti-inflammatory effects, and also help to lower blood pressure as well. Redbor kale, red Russian kale and other red variations of the vegetable contain two times more than the typical amount of antioxidant content. Just like strawberries, the presence of anthocyanin is what gives kale its reddish tint. That’s basically nature’s way of helping you point out foods that are better for you. 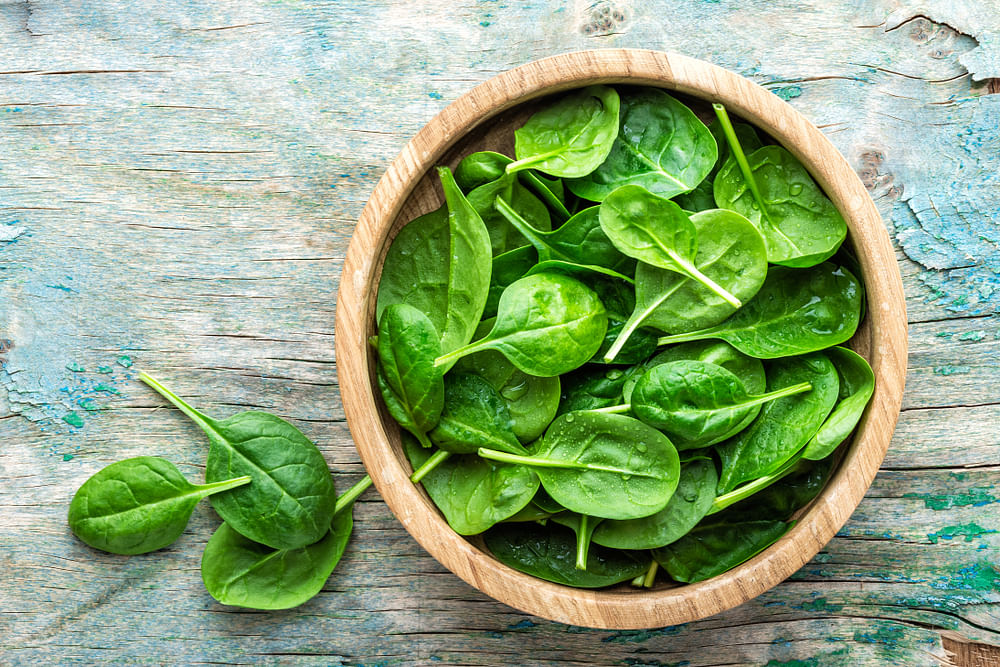 Spinach is another common ingredient you can find in your salads or even in traditional Chinese dishes as a stir fry. Like the other foods in this list, spinach tastes good and is also really good for your body. After all, there’s a reason why it’s known most famously as the source of Popeye’s strength. Rich in iron, vitamins and minerals, the vegetable is deemed to have remarkable abilities to restore energy, increase vitality and improve the quality of the blood. Spinach is also a great source of antioxidants such as lutein and zeaxanthin that have have anti-inflammatory and anti-cancerous properties and are important for your eyehealth: They are known to protect your eyes from harmful UV rays and to prevent cataracts. 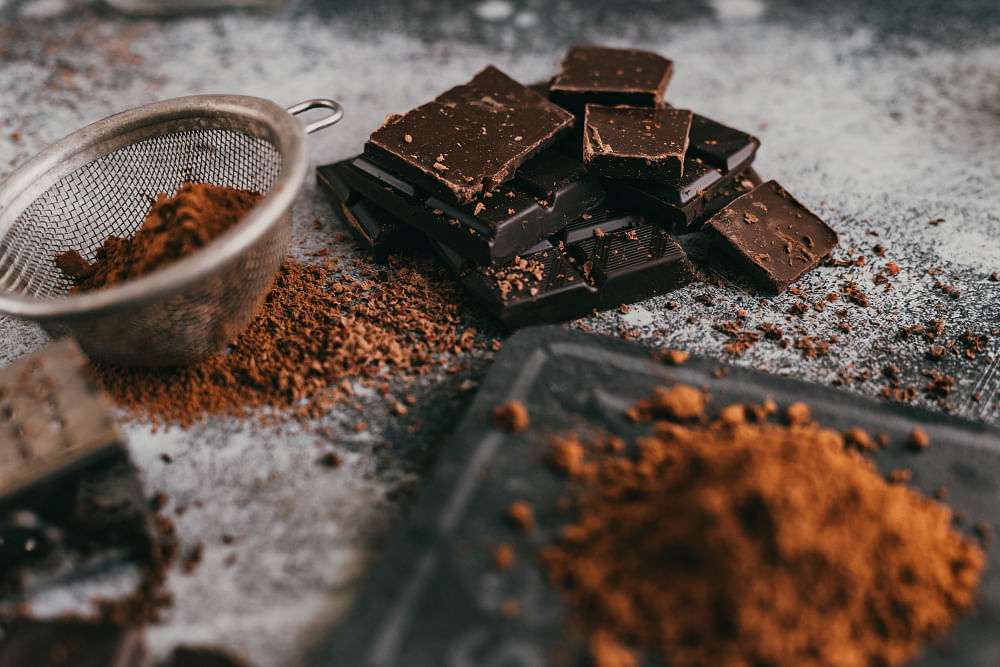 If you are not a fan of berries or vegetables, consider the dark chocolate. Dark chocolate that contains a higher percentage of cocoa is usually loaded with minerals, such as fibre, iron, magnesium, and manganese, and antioxidants – mainly polyphenols, flavanols and catechins. Consuming the confection has been linked to improved health benefits, such as less inflammation, reduced risk of heart disease, lower blood pressure and improved brain function. It’s delicious and nutritious, which means we’ve given you an excuse to indulge in your sweet tooth. Just remember it still contains calories and moderate levels of sugar, so everything in moderation.