Considering a Youtube career? Here's how much you can actually earn as a Youtuber in Singapore

If you’re thinking of making your fortune on YouTube, it’s worth considering how much a YouTuber earns and the costs of producing a good video 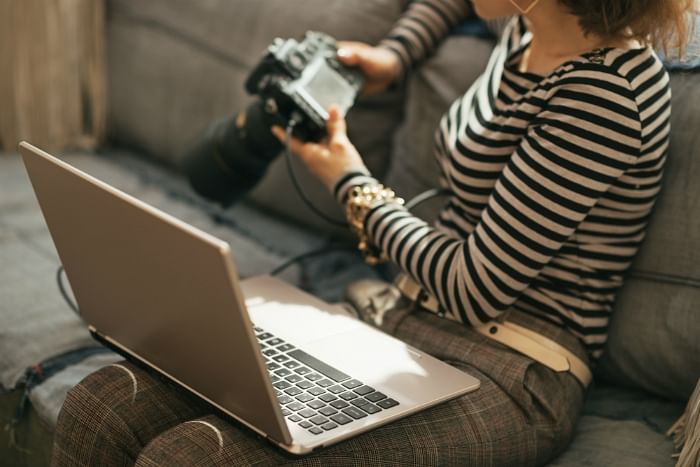 The easiest way to estimate how much a YouTuber Makes is to use tools like Social Blade, which gives pretty accurate guesses about their viewership. However, you might be wondering how much is needed in terms of views, or why exactly they are getting money.

Here’s a rundown of how it works.

The Big Question: How Much Can a YouTuber Earn?

In theory, the amount they make is based on a marketing term called Cost Per Thousand (CPM, the “M” refers to the roman numeral for thousands). The CPM rate is what they charge the advertiser for placing ads, making sponsored posts, and so forth.

At a CPM of S$2, that would mean a channel with one million subscribers would make S$2,000 a month in advertising revenue. However, this is not exactly accurate, as we will explain below.

Also, note that the web is flush with stories about YouTube stars making as much as a CPM of S$8 or even S$18, but this is far from the norm. A long established YouTube star might get such a high amount, but it’s not typical even among those who consistently rack up more than a million views.

READ MORE: The 4 most popular things Singaporeans waste their money on. 4 key things every Singaporean should aim to have by 35.

Besides advertising revenue, YouTubers can get money for making a sponsored post, for premium content, or for merchandising. For example, a YouTuber might be paid a one-time, flat fee to post a video about a car or soft drink. They could also sell their own books (or eBooks), access to locked videos, or even t-shirts and caps with their channel names.

There’s no real way to know how much a YouTuber can make from the other stuff (not unless we get to see their tax returns), but it can be much more than advertising revenue. In fact, many YouTubers count on it much more than on CPM. We explain more on this below.

How Much Can You Make From One YouTube Video?

Let’s say you make a video with five million views. This in itself is quite an accomplishment, but let’s jump ahead a little and say you do. The first question now is whether any advertisers are willing to pay you.

Simply having a big number of views on one video doesn’t mean a lot. Advertisers are wary of one-hit wonders, as they come and go quickly. On top of that, an advertiser needs to consider whether their target demographic is the sort to watch your video.

If your viral video channel involves dressing up as a chainsaw wielding clown and scaring the pants off people, then that’s pretty useless for placing ads about, say, a trust fund or bank.

So let’s say after loads of bargaining, an advertiser agrees to give you a CPM of $2 (you need to be well established to get more than that).

Now your first viral video isn’t going to get you anything, other than their attention. So you’d better somehow make another one that gets a few million views.

After working on the new one, you are down by S$500 (count that as the cost of renting a good camera, getting a good sound engineer, or whatever else you need). You then get five million views again.

First, only monetisable views count, not all views. For example, if someone uses an ad blocker, the advertiser doesn’t count it as the ad wasn’t viewed. So let’s say that 80% of the views will be monetisable. That drops your views to four million. So far, that nets you S$8,000 at a CPM of $2.

Next, YouTube swoops in and gets it cut. This is a whopping 45% of all advertising revenue earned. So you would get a total of S$4,400.

But then, remember the S$500 you spent making the video in the first place? Now what you get is S$3,900. And then if you have any partners (e.g. you make the video as a group), you have to split that between them.

Now S$3,900 a month (assuming it takes a month to make a good video, which it often does) is pretty close to Singapore’s median wage, which is about S$3,700 per month. However, remember that you get this for getting five million views per month.

That’s more than the viewership count of many local TV dramas.

READ MORE: 6 painful reasons why you struggle with your finances at the end of the month

But You Can Earn Revenue From Other Stuff

We also mentioned there was merchandising and premium content and such, right? Well on the internet, a safe conversion rate (that is, the number of viewers who actually buy something from a site) is 0.3%.

That’s a whopping S$120,000 in t-shirt sales, way more than the money made from advertising revenue; and this is why most YouTubers go out of their way to create merchandise or content of their own. For many of them, this is where the real payoff comes from.

Some YouTubers can earn money by collaborating on videos with established brands. For example, Ryan Tan and Sylvia Chan from the YouTube channel Night Owl Cinematics did work with Singapore Zoo and Golden Village after their videos went viral in 2013.

READ MORE: This is the ideal amount of money you should have saved by the time you're 35

Aspiring YouTubers Need to Be Realistic

In the above example, we are citing a video with five million views. This is much easier said than done. Most YouTubers do not go beyond a few hundred thousand views and can expect to make much less.

If you’re a YouTuber with just 10,000 views a month, for example, your ad revenue is about S$11 a month after YouTube’s cut. Your top quality video will probably still cost S$500 to produce, thus leaving you with negative $489.

We’re not saying that to discourage any potential YouTubers; we’re just saying you have to be prepared not to make any money at the start. It might do nothing but cost you money, for as long as a year or more before you start to pick up. Note that it’s hard to make great videos as a part-time job, as the process is massively time-consuming.

If you intend to make your fortune on YouTube, it may be a good idea to save up before taking the plunge, or take a low-interest personal loan for investing in video equipment.

This article was originally published on SingSaver.com.sg, the fastest growing personal finance comparison site in Singapore. Click here for the original article or visit the comparison site for more.

READ MORE: Always feeling sick at work? Your office might be secretly killing you Don't you wish that you'll never have to deal with these colleagues? Are you on the verge of burnout? Here are 5 warning signs