The Achieving Woman's Guide to...dealing with difficult colleagues in the workplace

Whether they are bullies, always on MC or lazy, here are our tips on how to deal with difficult teammates at work 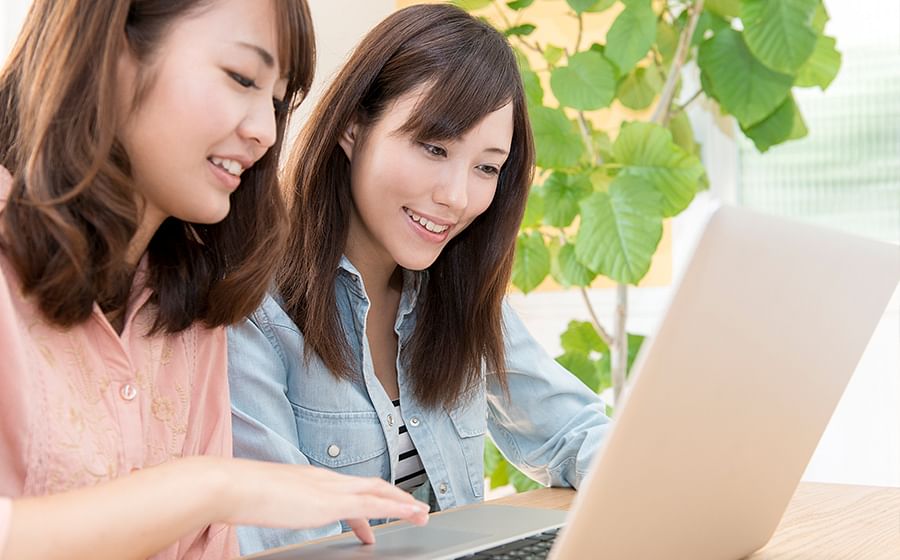 In every workplace, there will be difficult colleagues whom you just cannot get along with. It could be due to a personality clash, or perhaps you are bumping heads due to different agendas. Maybe your views about work ethics and life in general are not aligned.

While it’s too much to expect to be best friends with everyone at work, you should strive to remain on cordial terms with your colleagues. After all, you see them five days a week and your boss might be assessing you on your ability to handle tension and teamwork.

We know it’s a trying task, but dealing with difficult co-workers is a skill you can master. Here are some ways to help you manoeuvre around these minefields.

1. If they are poor listeners 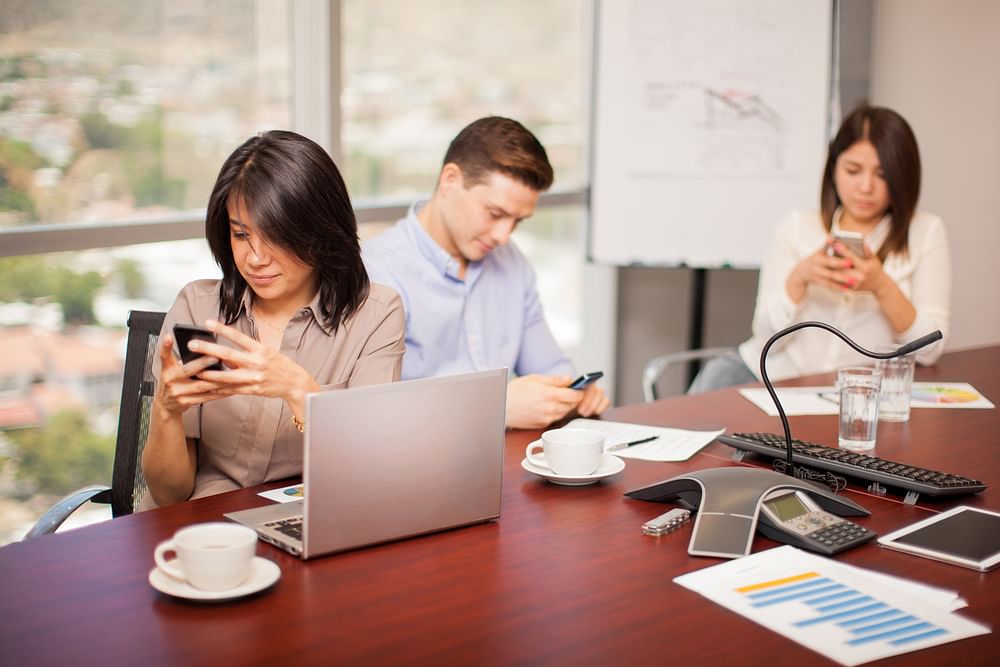 If your colleague likes to interrupt you and ramble on about himself or herself, or is easily distracted and constantly looking at the phone, there’s a tendency to feel neglected and misunderstood. This will result in an increased likelihood of mistakes and conflicts in the near future.

The next time you need to talk to him or her, perhaps you could stress the importance of what you want to say, before launching into the conversation. Begin with: “I have something important to say and I need your help”. This will catch the attention of the other party and he or she will feel obligated to be all ears. Or you could try sending an email instead — things in writing are clearer and it’s hard for them to veer away from your points. 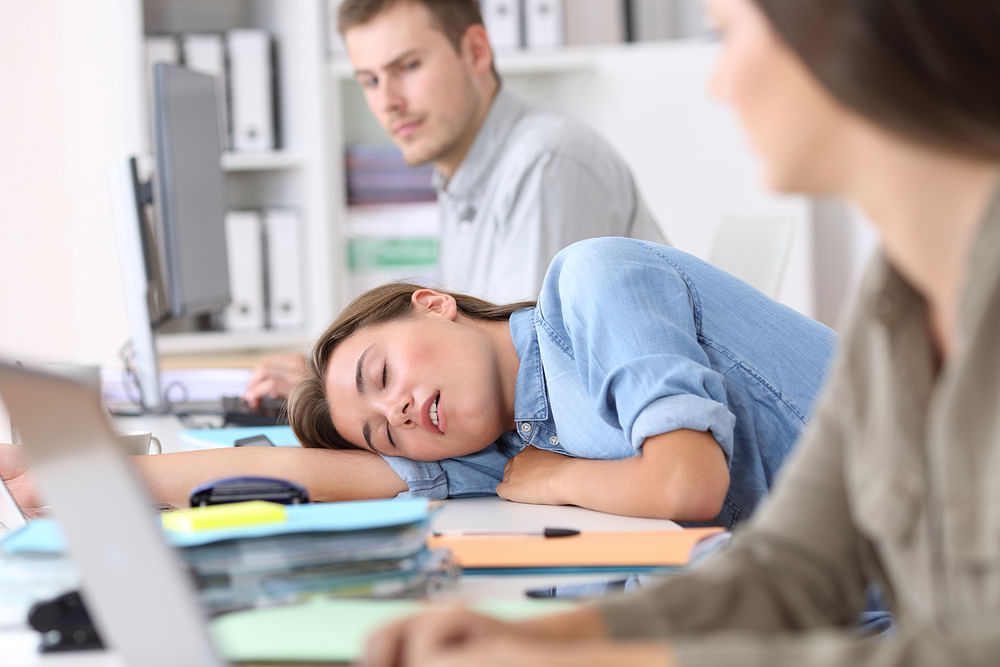 A classic case: Your colleague spends more time on social media or zoning out than doing his or her actual tasks. You end up having to pick up the slack, and you’re starting to feel frustrated with their attitude and slipshod work, not to mention the increased workload. It’s best to be upfront with them and talk to them.

There could be so many things going on, other than just pure, intentional laziness, and if you don’t ask, you’ll never know. If you discover that they’re just lazy and not pulling their weight on purpose, consider talking to your manager or boss and present them with proof to support your claims, such as emails and correspondences. 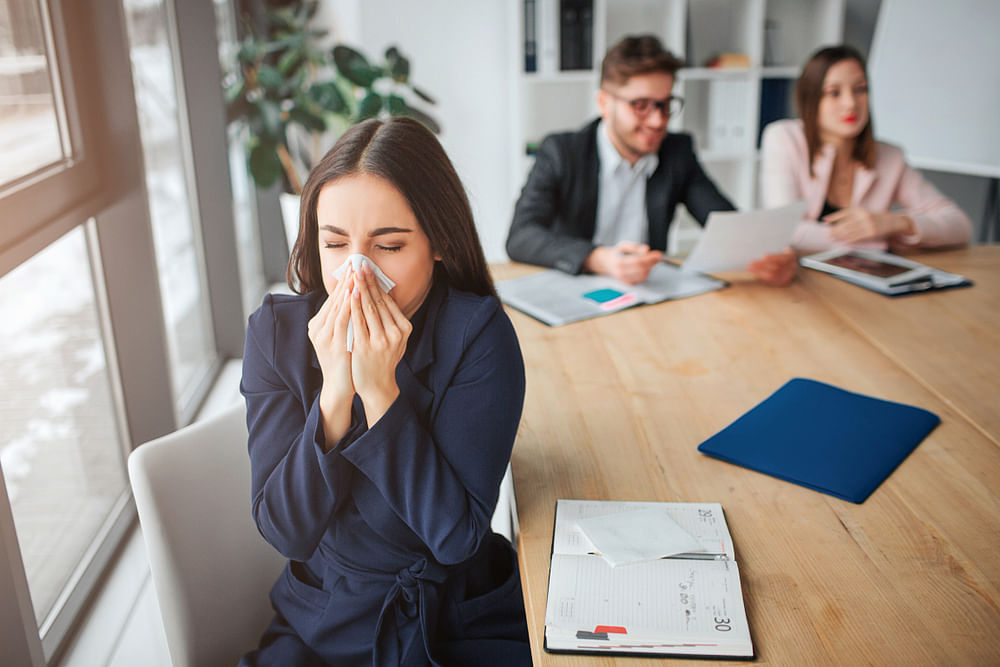 It can get annoying when your colleague is constantly calling in sick. Not only is the productivity of the team likely to be affected, you often find yourself having to cover for him or her. Things get stalled, work piles up, and resentment builds. It’s best that you address the issue with them – perhaps they are facing some personal difficulties or health issues and could do with some help and support. Express your concern and remain professional. Don’t be combative.

You can then factually and sensitively explain to them that their absence can make it difficult for the team to progress, and adds pressure on everyone. Ask if they need anything from you and be open to their explanations. However, if you find that they’re just abusing the system, bring the issue up with your higher-ups. 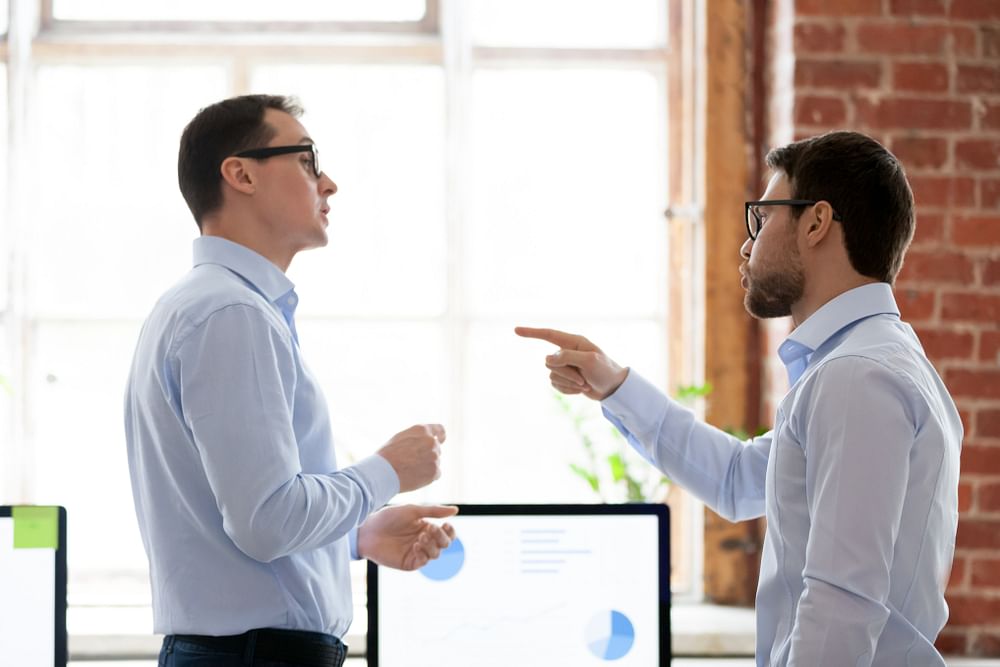 Do you regularly feel intimidated, or are constantly yelled at, picked on, and put down by your colleague? Does a coworker steal credit for your work or ignore your presence? Do you dread going to work every day? If you answered yes, chances are you’re being bullied in the workplace. While it’s impossible to win over everyone in the office, know that the problem isn’t you. Bullies exist every where, and bullying at work is a common occurrence.

What you should do is firmly stand up for yourself and calmly refute the coworker’s put-downs. Don’t react emotionally. Draw boundaries and let them know what behaviour you will not put up with in the future. Remember to document the bullying behaviour, such as date, time and details of the incident. Note if there were witnesses. Keep emails or texts of such incidences. If the behaviour continues, enlist a third party within the company – either your manager, boss or HR manager – and back it up with evidence. A trained leader will know how to resolve the issue.

5. If they love to gossip 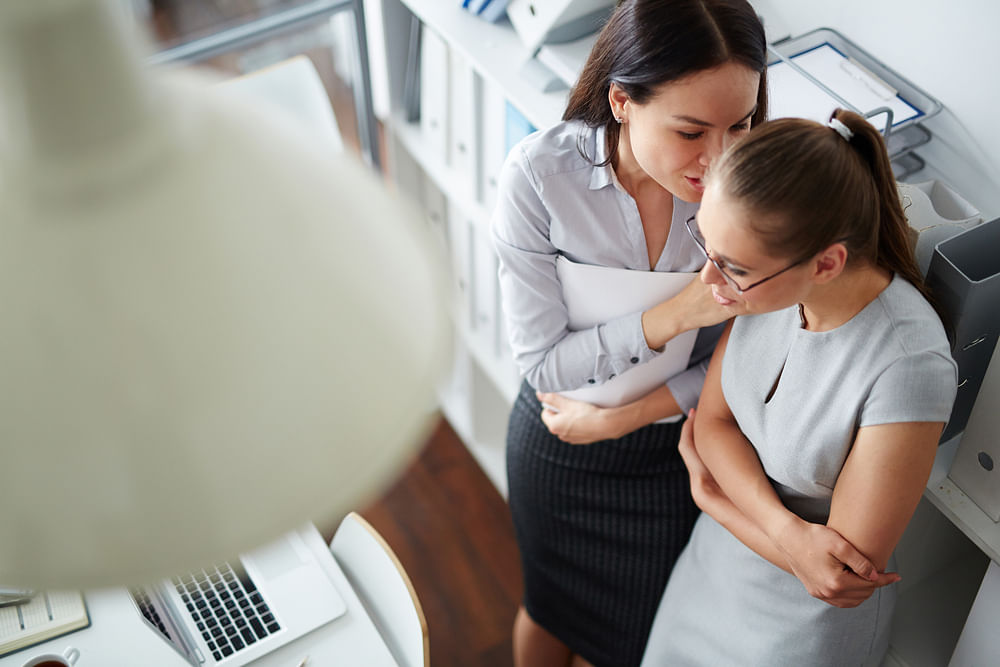 Office gossip is inevitable, given that the workplace can be a highly tense and competitive environment. While some say gossiping is a necessary skill to advance your career and to remain well-liked by others while staying in the know, it’s a toxic culture that can kill morale. Remember: Those who gossip to you will gossip about you. Rumour mongering can be damaging to your professional reputation and your career, and the negativity can be also mentally draining at times.

It’s best to avoid participating in any office gossip, especially since anything you say could be held against you. Walk away from such stories and don’t act interested. Behave with integrity and don’t pass on the stories either. You can also make it a point to say positive things to turn the conversation around and derail the gossip session. Or redirect your colleagues’ focus to the task at hand. It’s difficult to control workplace gossip, but you can control your reaction to it.

6. If they’re a negative colleague 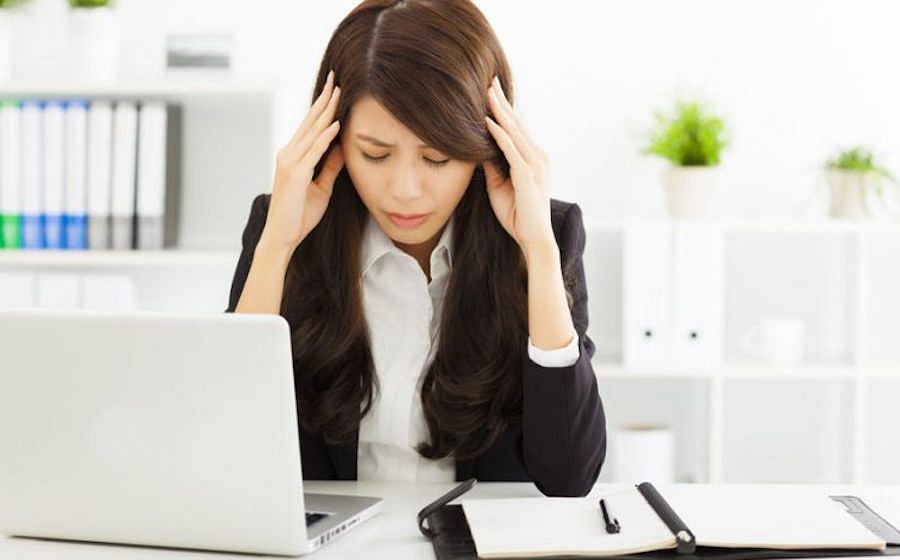 The computer is slow. There are too many emails to clear. Work sucks, can’t wait to go home. Nothing can satisfy them, they hate life. Whatever it is, this colleague makes it his goal to complain about everything in the most negative way, which can really dampen the mood in the office.

That said, research also shows that many of us lack self-awareness, especially at work, so if someone is always complaining, chances are that they might not know they are being a killjoy.

Understand that the root cause of that person’s behaviour has nothing to do with you and you can’t control their behaviour. More often than not, a person is cantankerous and bitter because that’s just the way he is. Don’t get sucked into negative discussions and avoid providing a sympathetic audience for all that negativity. You can best deal with such colleagues by avoiding their presence at work or telling them that you prefer to think positively. Focus on good-natured people who want the best for the team.

7. If you come into conflict with another colleague 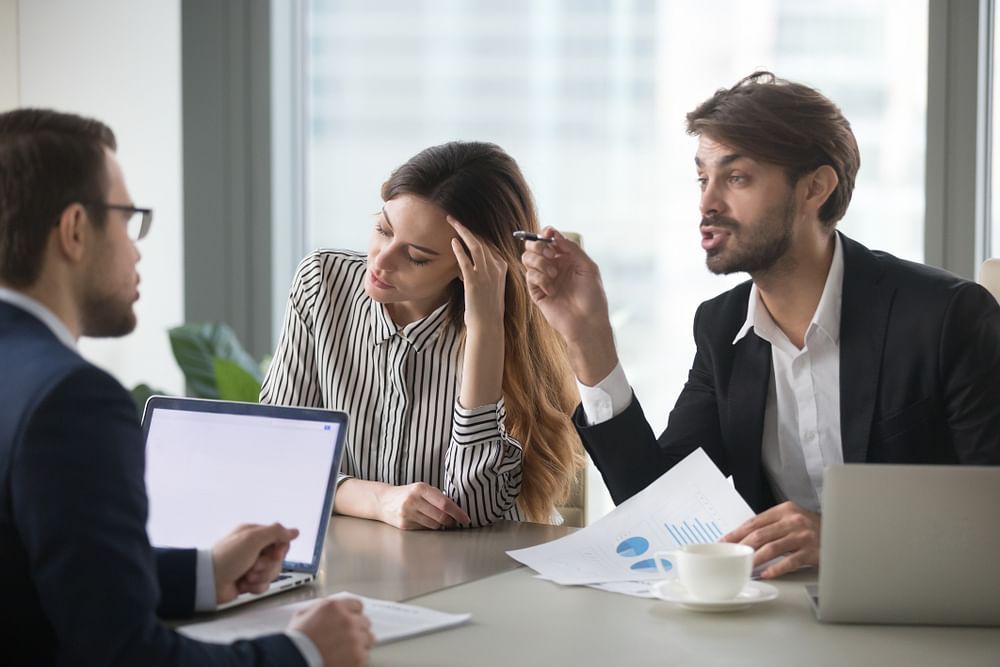 It’s only natural to get embroiled in a conflict at work, but remember: Never let your anger or temper get the better of you. It’s natural to be tempted to retaliate or to lash out at a hostile colleague with equally low blows, but fighting fire with fire is never a good idea. You’ll risk being judged by your boss as someone who is unable to handle the situation like a professional. Worse yet, you might be labelled as being equally difficult, creating even more stress and conflicts.

Instead, allow yourself to observe what is happening without getting caught up in it. Make sure to talk things out with your colleague, but only do so after you’ve cooled down and collected your thoughts. You’re more likely to give the other party a more productive and less charged response if you allow yourself some space to reflect first.

ALSO READ: 8 WAYS TO DEAL WITH A DIFFICULT BOSS AT WORK