Here are our top picks from affordable to luxury, cheeky to stately, in one of Singaporeans’ top 10 holiday destinations

When we think of London hotels, refurbished Georgian and Victorian grande dames come to mind, but look closer, and you will find an eclectic mix of boutique hotels with impeccable design, lots of character and that unique brand of English eccentricity that will make you smile. 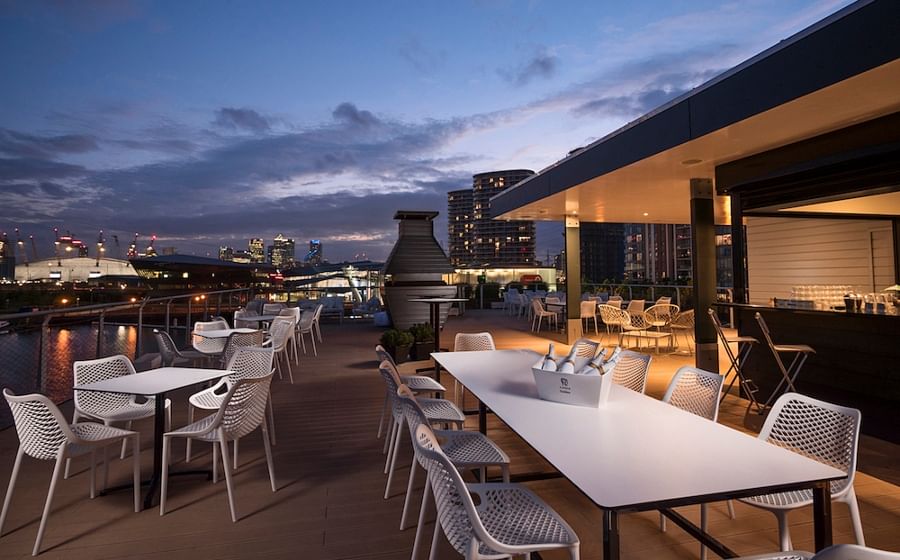 Designed as a Dutch jail barge and moored in the Royal Victoria Dock, this “floating hotel” towed all the way from Amsterdam has been drawing curious guests. But the unusual concept is not the main reason that will make you feel good about staying here. The three-star, 148-room hotel owned by a Dutch “social entrepreneur” is also a total non-profit – all profits go into a training programme for the unemployed in the local community. Interiors centre around a slick industrial minimalism while rooms are done in simple Manhattan loft style with abstract art. 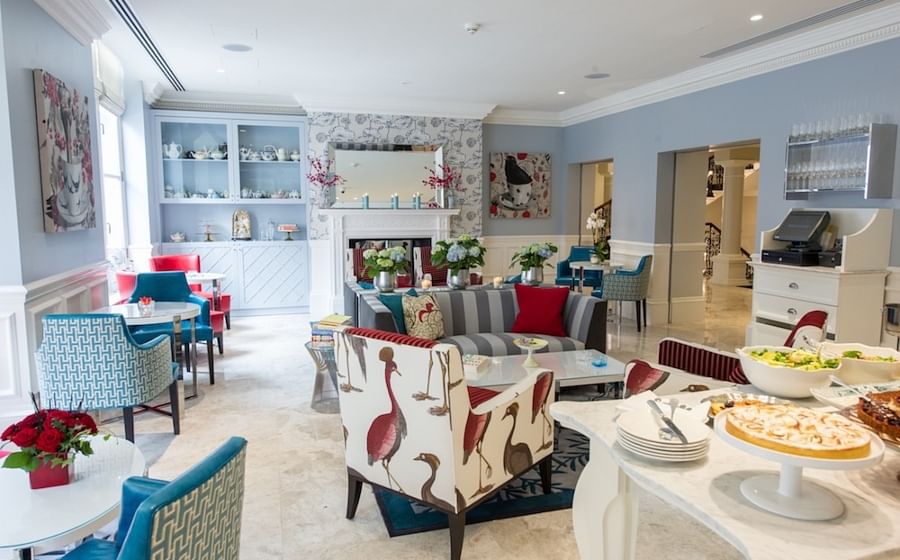 Located in South Kensington, one of the most affluent districts in London, the hotel is a member of the Small Luxury Hotels of the World and is a mere stone’s throw away from world-famous draws like the Victoria & Albert museum and the Natural History Museum. Nature lovers will fall in love with the gorgeous, quirky chic decor in rooms with distinct themes of botany, music, geometry, ornithology and astronomy. Even the Science Afternoon Tea, served in a beautiful French-inspired drawing room, seems to draw inspiration from the same sources – it features biscuits shaped like dinosaur fossils and planets served in petri dishes and beakers. 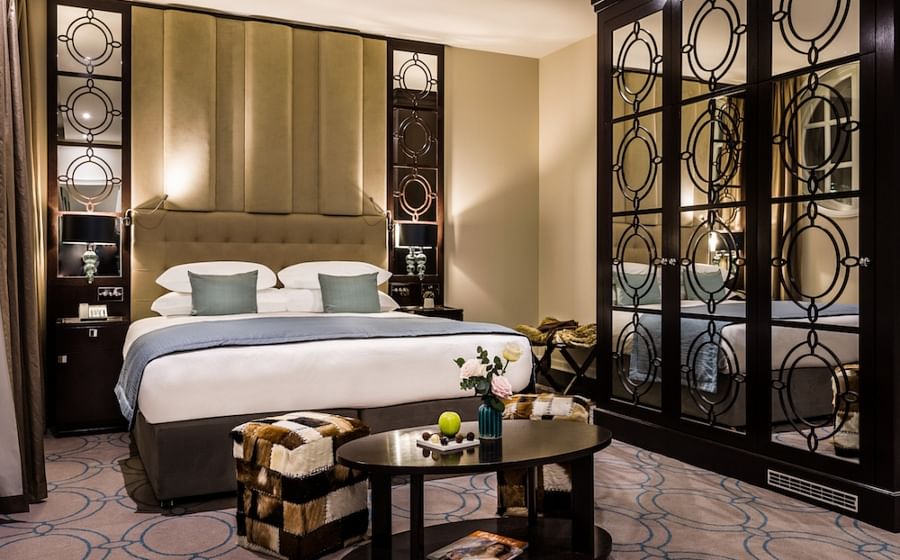 You can probably guess from its name that the hotel is set in a former courthouse. To be exact, it is set across two heritage buildings, an old courthouse and a police station in a formerly gritty area that was rife with gangsters in the 1950s. Fortunately, those crime-ridden days are a thing of the past. A storied history aside, the hotel is now known for making the prison theme tasteful. The juvenile courtroom has been turned into a private members’ club. Guests can enjoy jail-themed cocktails in a bar lit with chain-like light fixtures. There are other additional perks that the inmates of yore probably didn’t get to enjoy, such as a cinema, a spa and an indoor swimming pool. 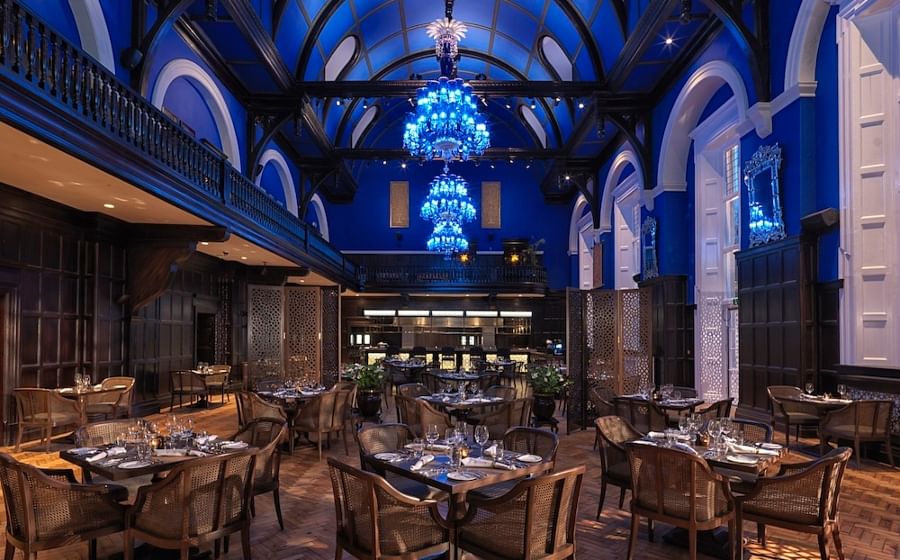 Going back to school might not be so bad a thing, if the school for adults looks anything like Lalit. The former St Olave’s Grammar School near London’s Tower Bridge reopened in January 2017 after a five-year restoration as a hotel owned by the Lalit Suri Hospitality Group, an Indian hospitality group. Bedrooms are named “classrooms”, and classed (pun intended) as Cosy, Junior and Senior while the bar is called the Headmaster’s Room. Not surprisingly, The Great Hall (which resembles the one in JK Rowling’s Hogswarts school in her Harry Potter series) houses the Baluchi restaurant, that happens to serve some of of the very best Indian food in the city. 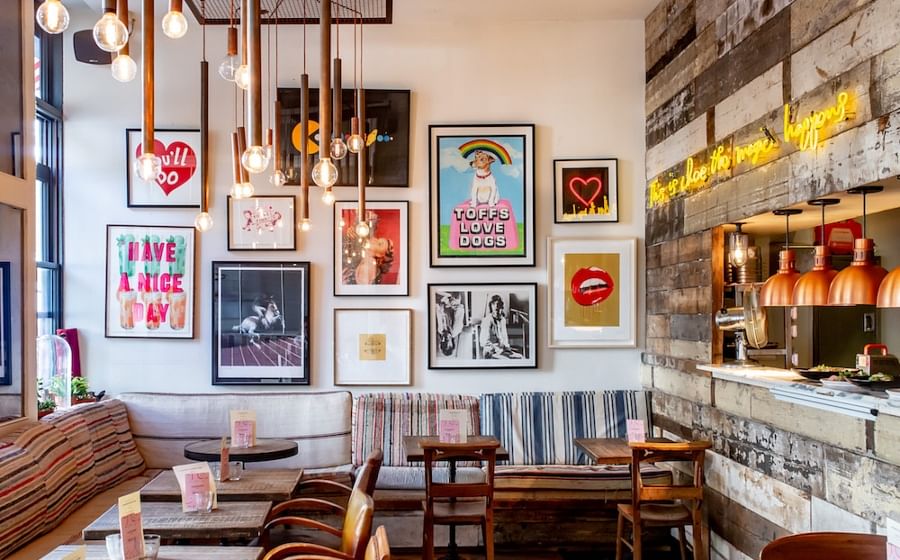 Creative spirits will love this four-star hotel located in an upscale residential area near Tate Britain. All 10 high-ceilinged rooms, different in design, are decorated by street and graphic artists to exude an eclectic but cosy charm. You’ll find a plethora of  restored original art and rescued furniture in the rooms, such tea chests, antler chandeliers, milking stools and hand-crafted beds. In the basement, there’s a speakeasy where you can imbibe art-inspired cocktails, such as Andy Warhol’s Campbell’s Tomato Soup. 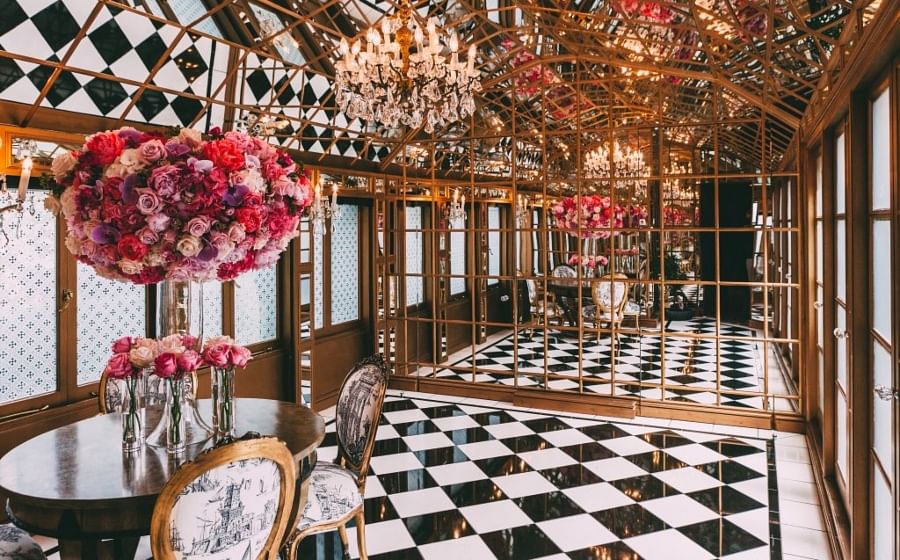 Elegantly quirky best describes this Small Luxury Hotels of the World member. Occupying a few stately townhouses in a quiet residential street in Chelsea, the hotel interiors feature an interesting blend of period and modern. Old portraits and chandeliers jostle for attention in the (creaky) staircase landing, while mirrors line the walls of another room used for private dining. The Mirror Room, so named for obvious reasons, has its entire floor laid with striking harlequin tiles, casting a trippy reflection in the ceiling. Hans’ Bar and Grill, the restaurant in the basement, with bottle green banquettes and well-lit interiors, looks regular by comparison, though its well executed menu of British favourites is way above average.

ALSO READ: THE ASIAN SAFARIS: INDIA'S SAFARIS WILL NOT LET YOU DOWN