Despite being born deaf, Nurul Humairah has backpacked her way through most of Southeast Asia and India, with plans to take on the rest of the world 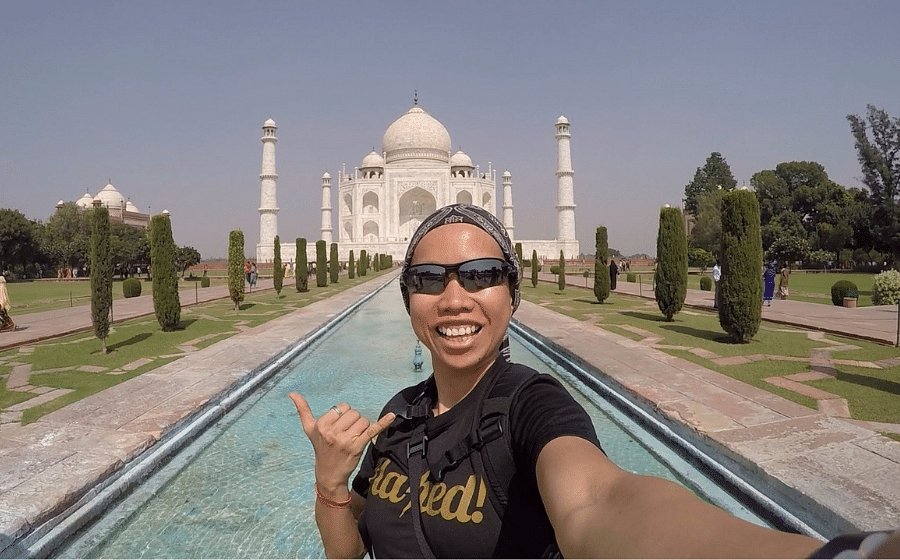 Solo travelling, let alone backpacking, isn’t for everyone, especially women, given the numerous cases of robbery and sexual assault that are often highlighted in the media. Other less drastic deterrents would be boredom, the fear of getting lost in a foreign country, and having to lug around a huge backpack with no one to help you.

When Nurul Humairah (who goes by Mairah), 28, who is deaf, said she wanted to travel solo, naturally her family was worried.

“Being a deaf, solo, and female traveller, means that I’m always faced with a lot of questions and doubts from friends and family. The most common ones are “How do you ask for directions if you are lost?”, “Are you sure it is safe to go alone?”, “Don’t you worry no one understands you?” and the list goes on,” said Mairah.

“But I’m as stubborn as a mule, so I don’t let such doubts hinder or discourage me. I boldly go on my own and come back with amazing experiences to share so people know for themselves that it’s possible for women like me to travel independently.”

A keen reader and traveller, Mairah said she was inspired to travel solo after watching videos online and reading stories from travel aggregator website Skyscanner. Reading these stories was the push she needed to break out of her comfort zone, and fly solo.

“Another reason was me realising that if I wait for others, I will never be able to go anywhere. There are so many places I want to go to and people I want to meet – I didn’t want to wait any longer to have these experiences. As I’ve been an independent person all along, it wasn’t very difficult. Travelling has always helped with my personal development as I discover more about myself, facing my fear of travelling alone, and pushing out of my comfort zone,” said Mairah. 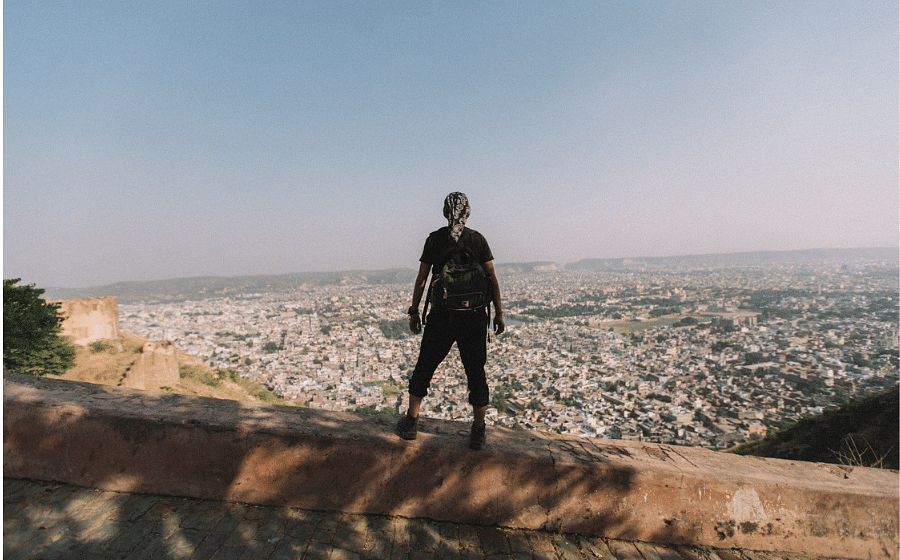 “Each country has its own identity, so I really enjoyed learning about and experiencing each one - the different cultures, cuisines and people.”

“India is often portrayed as backward and traditional. I decided to ignore what everyone was saying and travel there to see for myself what this country is really like, and boy was I surprised - it’s delightful,” said Mairah, adding that its negative reputation for crime was unfair.

“People tend to forget that every country has its crimes and that humans are the same all around the world. During my trip, I came across countless locals who were compassionate and kind-hearted. Some offered me food and water during my arduous 17 hours train ride. Others walked with me to my destination when I lost my way and asked for directions,” she said.

The budding photographer said communication wasn’t as big an issue as one might have thought, thanks to technology.

“I do not expect most of the locals to understand me. It has definitely been hard and very frustrating trying to communicate but I don’t blame them as most of them try their best to be helpful. However, I am now able to communicate with locals, especially those who don’t speak any English, through Google Translate, “ said Mairah.

ALSO READ: THE BEST NEW LUXURY HOTELS OF 2019 YOU MUST VISIT 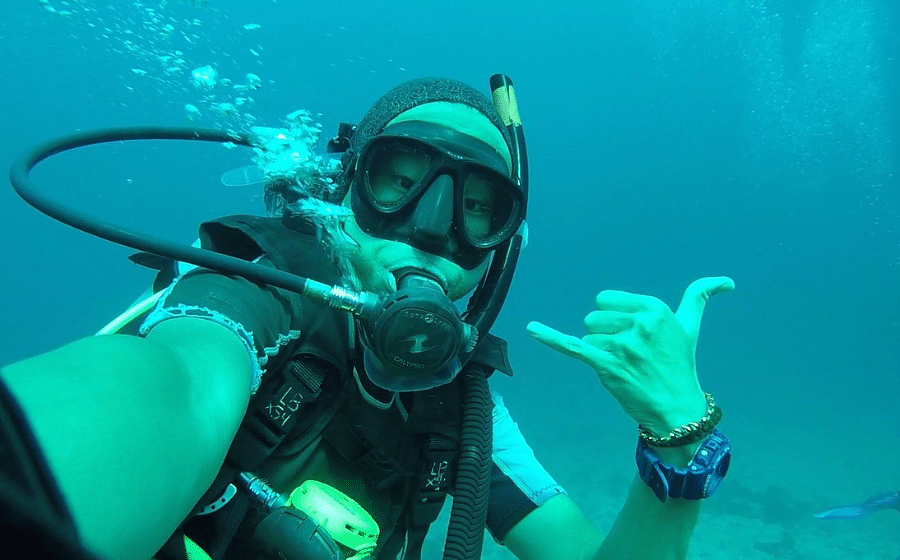 #Girlpower in and out of the water. Photo: Nurul Humairah

Mairah always makes sure to take pictures of her travels (and snap some selfies), having picked up an interest during her O Levels when a friend lent her her camera to experiment with. As her interest grew, she used her savings to invest in her own DSLR.

"Having my own DSLR allowed me to not only try taking photos but also editing and refining my shots later. Over the years now, I have built my portfolio and network as I’ve been considering turning my passion into a full-time profession.”

It takes her anywhere between two to three months to plan and research a trip, though she admits there have been times where she’s booked a trip with less than a month to go.

“Sometimes I book flights and hotels even during a trip - I normally use Skyscanner as I appreciate how I can compare fares for ticket prices for different cities in the same time period. For my next trip I’d like to experience the festival of Holi in March,” said Mairah. 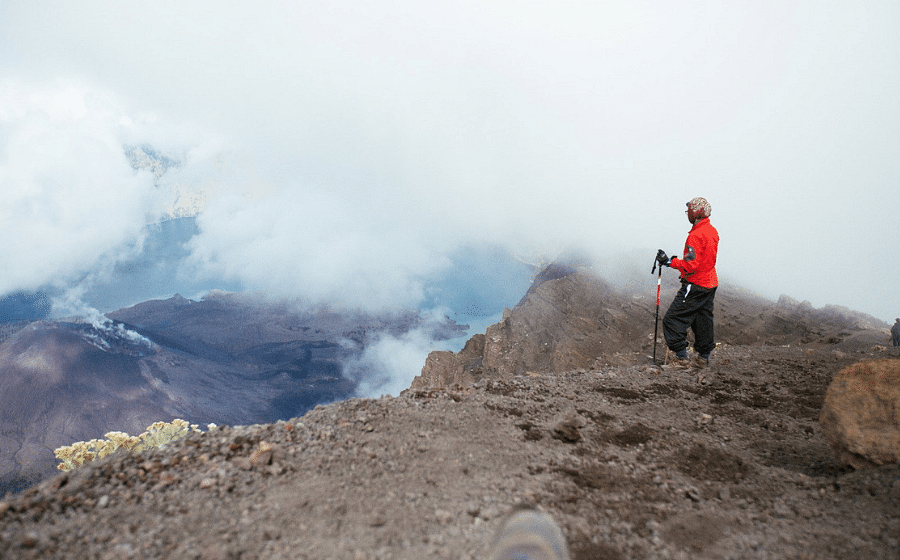 For those of you unsure whether to break free and fly solo, Mairah encourages you to be bold and step out of your comfort zone.

“I believe that no place is really 100% safe so it’s all about being mindful and prepared. Having a safe trip is no longer just about carrying pepper spray or stay indoors late at night. It’s about travelling smart overall – from flight timings to hotel locations to how you travel locally, I prepare early and choose wisely to avoid any unpleasant surprises later.”

“Don’t be held back by the stigma and take care when travelling, such as dressing in appropriate attire, knowing your way around, and not venturing out to shady places late at night. If you have been putting off a trip just because you are waiting for someone to go with, don’t hold yourself back. Just go. You could be waiting a long time until someone finally agrees to accompany you. If you don’t go now, you will most likely regret it.”